President of the NATO Parliamentary Assembly

President of the NATO Parliamentary Assembly 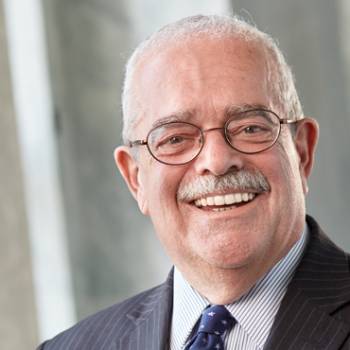 Besides leading the Assembly’s broader agenda and representing the NATO PA on all key international issues, President Connolly has set the following priorities:

Rededicating NATO to its democratic foundations
NATO was established as a political and military alliance to save Western democracy from would-be Communist domination and aggression. It has always been an alliance underpinned by common values.

These values have been pivotal in maintaining Alliance cohesion for seven decades. They are also the strongest weapon NATO Allies possess to effectively counter Presidents Putin or Xi’s authoritarianism.

However, democracy, while resilient, is also fragile. Allies must constantly work to protect it, expand it, and strengthen their ability to resist and counter attempts from within as well as without to undermine it.

Already in 2019, Mr Connolly proposed the creation of a Democratic Resilience Coordination Centre within NATO – a recommendation endorsed by the NATO PA and supported by the independent Group of Experts on NATO 2030 in their recommendations to the NATO Secretary General. The Centre could be tasked with monitoring and identifying challenges to democracy, human rights, and the rule of law among member states, as well as facilitating democracy and governance assistance to member states, when requested.

Helping shape NATO’s adaptation for the next decade
This is a critical moment for the Alliance as it adapts to profound shifts in the international environment and prepares for the next decade. The NATO Secretary General is due to present his recommendations for NATO 2030 at a meeting of Allied Heads of State and Government in 2021. Allied leaders are also expected to agree on a revision of the Strategic Concept – the Alliance’s guiding strategic document. NATO 2030 and the future Strategic Concept will shape the future of the Alliance. It is imperative that parliamentarians, representing the democratic expression of their people, make their voices heard.

Reviving transatlantic relations
As a leader of the United States’ delegation to the NATO PA, President Connolly has constantly worked with the bipartisan US delegation to affirm the United States Congress’ unwavering commitment to NATO. He will continue to reinvigorate and strengthen the transatlantic bond in his new capacity, working closely with the new US administration under President Joe Biden and Vice-President Kamala Harris.

Gerald E. Connolly is the US representative for Virginia’s 11th congressional district and is a Democrat. He was elected in 2008 and sits on the House Committee on Oversight and Reform; the Economic and Consumer Policy subcommittees; the House Committee on Foreign Affairs; the Asia, the Pacific, and Nonproliferation, Middle East, North Africa, and International Terrorism subcommittees. Hon. Connolly is the chair of the Government Operations subcommittee. Before becoming a member of parliament, Connolly worked from 1979 to 1989 with the United States Senate Committee on Foreign Relations, where he managed committee oversight of international economic issues, international narcotics control, and United Nations and Middle East policies, and published reports on U.S. policy in El Salvador, Central America, Israel, and the Persian Gulf region. From 1989 to 1997, he was Vice President of the Washington Office of SRI International. He was also Director of Community Relations for SAIC (Science Applications International Corporation). Hon. Connolly is a member of the NATO PA since 2013 where he is a member and general Rapporteur of the Political Committee. Currently he is the Head of the US Delegation to the NATO PA. Hon Connolly has a B.A. in literature and completed a Master of Public Administration from Harvard's Kennedy School of Government.

Gerald Connolly was elected President of the NATO PA on 23 November 2020.

The Case for a Center for Democratic Resilience in NATO