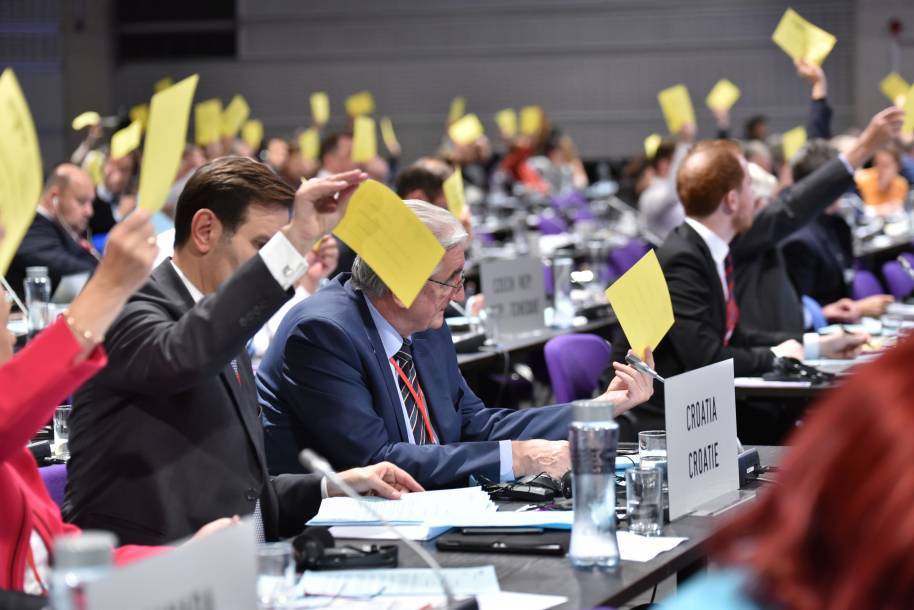 The NATO Parliamentary Assembly’s (NATO PA) Annual Presidential Report outlines how Allied legislators tackled these crucial issues in their 2019 reports, recommendations, and activities. It also serves as an introduction for those new to the NATO PA and supports transparency towards its members and the citizens of the Alliance.

“I sincerely hope this report gives you a taste of the breadth and the depth of the Assembly’s role in reinforcing the unique ties that bind Europe and North America and legislators’ role in ensuring that together our countries are better prepared to keep our societies safe,” Assembly President Attila Mesterhazy (Hungary) writes in his introduction.

The NATO PA – distinct from NATO itself – symbolises and embodies the Alliance’s democratic credentials. The Assembly facilitates parliamentary awareness and understanding of the key issues affecting the security of the Euro-Atlantic area and supports national parliamentary oversight over defence and security. Crucially, it helps to strengthen the transatlantic relationship and the values which underpin the Alliance.

The 2019 report focused on the following key topics:

In office since December 2019, President Mesterhazy pays special tribute to Madeleine Moon (United Kingdom). As NATO PA President from November 2018 to December 2019, she guided the Assembly’s activities throughout last year. “During her tenure, Mrs Moon […] reinvigorated the Assembly’s public outreach efforts. NATO exists to defend our populations. […] Public support is essential to strong defence and resilience. We must devote particular attention to our younger generation. Our Alliance is about their future, not just their past.” writes President Mesterhazy.

President Mesterhazy has vowed to pick up where Mrs Moon left off. “It is truly a great honour for me to serve as the Assembly’s President. During my tenure of office, I will work tirelessly to further enhance the vitally important transatlantic relationship.”

One of the key 2020 priorities for the President is to ensure the Assembly contributes to the NATO reflection process. “Our Assembly looks forward to contributing to future reflections on ways to strengthen NATO’s political dimension,” writes President Mesterhazy in his introduction. “The key to success is that we agree on the fundamental principles, values, and goals of the Alliance.”

The NATO PA published 14 reports and 6 resolutions containing the Assembly’s policy recommendations and conducted over 35 meetings and activities throughout 2019, dealing with the key challenges affecting the security of citizens in Europe and North America.