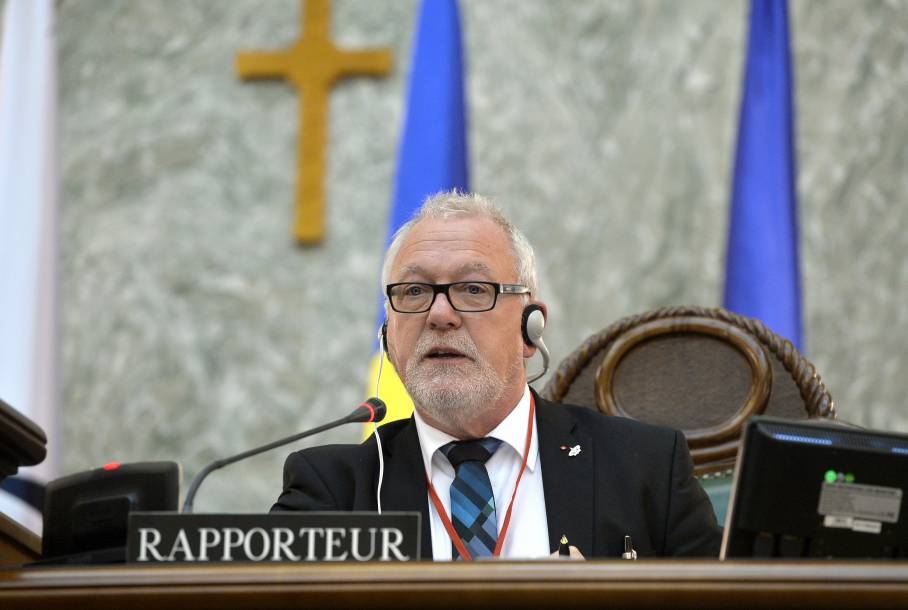 Bucharest, 9 October 2017 – Parliamentarians from NATO nations called Monday on the allies and their partners to stay the course in Afghanistan by respecting pledges to the training mission there and backing efforts to ensure a strong government can flourish in the conflict-torn country.
“It is one of the key lessons of NATO’s engagement in Afghanistan; creating the conditions for long-term stability takes time,” NATO Parliamentary Assembly President Paolo Alli said, on the final day of the organisation’s Annual Session in Bucharest.
NATO took charge of international security in Afghanistan in 2003, two years after the September 11, 2001 attacks on the United States. It recently wound down combat operations and deployed its Resolute Support Mission to train, advise, and assist the Afghan security forces to better cope with Taliban-led extremists.
Mindful that instability in Afghanistan and its region there continues to give rise to extremism, which poses a threat to Europe, North America and beyond, Alli said: “We are called upon today to keep up the effort we all engaged in the aftermath of 9/11.”
In a resolution, lawmakers expressed concern about the upsurge in violence in Afghanistan this year and its humanitarian impact in the resource-strained country.
“The road to peace in Afghanistan remains an uphill struggle. As a result, lasting security for many Afghans remains elusive,” German lawmaker Wolfgang Hellmich said. “We cannot let the balance of forces or territory slip back in favour of the Taliban or any of the other insurgent groups.”
The resolution, produced by the Assembly’s Defence and Security Committee, saw parliamentarians urge the government in Kabul to back President Ashraf Ghani’s four-year security roadmap to create national forces with strong leadership, transparent processes, and capable troops.
They expressed concern about the fate of women and children and the displacement of hundreds of thousands of Afghan civilians, which has swelled the ranks of refugees fleeing the country, as well as displaced millions more internally.
In a separate report, Hellmich underlined the damage inflicted from 16 years of conflict, saying that Afghanistan’s “political, social, and economic institutions remain hobbled by infighting and corruption.”
He noted that international donors pay all but half a billion of the roughly five billion dollars need to sustain the Afghan security forces and the institutions surrounding them. Kabul had pledged to take full budgetary responsibility by 2024, but economic trends suggest this is unlikely.
As Resolute Support continues to assist Afghan security forces, the report emphasised the need to develop expeditionary advisory teams to provide them with effective, focused support and called on allies and partners to keep up staffing for regional and functional commands.