Alliance Adaptation and Innovation Top the Agenda of Recent Visit to Norfolk, Virginia and Washington, D.C. 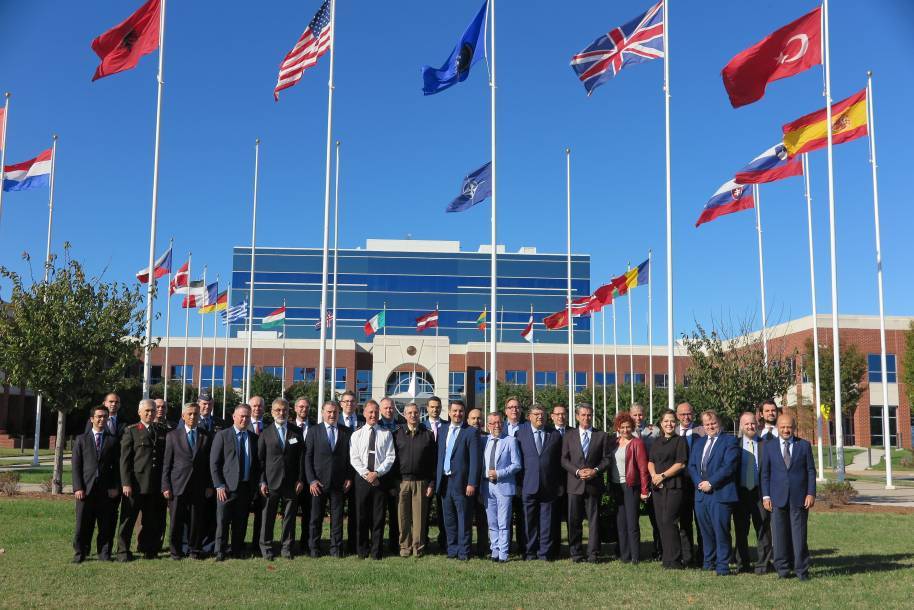 Brussels, 6 November 2019 -  As global great power competition is re-emerging, potential adversaries are seeking to disrupt the strong military, political, and economic bonds NATO Allies have forged over the past seven decades. Non-state armed groups, fueled by violent extremist ideologies and weakening state structures, will also continue to have knock-on effects in the form of terrorism, refugee flows, and all forms of trafficking. These challenges to peace and security are increasingly focusing the minds of policymakers and military leaders across the NATO Alliance, including parliamentarians within the NATO Parliamentary Assembly (NATO PA).

NATO’s modern adversaries will use hybrid means and tactics – from the weaponisation of information to cyberattacks to terrorism – as well as new, disruptive technologies and weapon systems to try to divide consensus and break down the Alliance’s ability to maintain an effective defence and deterrence posture. To better understand these key issues, a delegation from the Defence and Security and Science and Technology Committees visited Norfolk, Virginia and Washington, D.C. from 28 to 31 October.

NATO’s Allied Command Transformation (ACT) works diligently to identify near-term and over-the-horizon threats to Allied security and adapt the Alliance to meet the challenge: ‘Allied Command Operations today - Allied Command Transformation tomorrow’ is a memorable catchphrase offered by briefers at ACT in Norfolk.  ACT works to maintain the Alliance’s leading edge via necessary transformation and to give the best strategic military advice to better shape NATO’s response; from equipment purchases to common doctrine to broad spectrum innovation to achieve interoperability and readiness.

NATO innovation featured prominently on the visit. Today’s ambiguous and complex security environment is characterised by a technology race among the Alliance’s strategic competitors as well as the exploitation of emerging technologies by non-state actors. As a result, parliamentarians today need to be informed about the opportunities and threats due to the rapid pace of technology development.

While in Norfolk, the delegation was also briefed by officials working to stand up NATO’s new Joint Force Command (JFC) in Norfolk. The Alliance established JFC Norfolk in 2018 as a means to guarantee the security of the Atlantic and, as a result, the Alliance’s ability to reinforce any potential future operation in Europe. JFC Norfolk symbolises NATO’s return to a posture of modern and capable transatlantic collective defence – an essential piece in the Alliance’s 360 degrees approach to today’s complex Euro-Atlantic security environment.

The delegation also took advantage of its time in Washington to meet with members of the US Congressional delegation to the NATO PA. The visit came just ahead of the NATO Leaders’ Meeting in London from 3-4 December. As Representative Gerry Connolly, Head of the US Delegation, said: “We must all continue to remind ourselves of our common values for which we stand as an Alliance; these are the common guiding principles for us all: our free democratic institutions are the pillars upon which the Alliance stands.”

The delegation also profited from their time in Washington to meet with experts at prominent think tanks to delve deeper into these issues: from Russian and Chinese military modernisation to cyber and hybrid challenges to weapons of mass destruction. NATO parliamentarians also made a special stop at the School of Advanced International Studies at Johns Hopkins University to discuss students’ perceptions of the challenges to common Euro-Atlantic security today. Interacting with today’s students is a key priority of NATO PA President Madeleine Moon, who views the imperative of building bridges to future generations as the key means of defending the Alliance’s common values in the future.