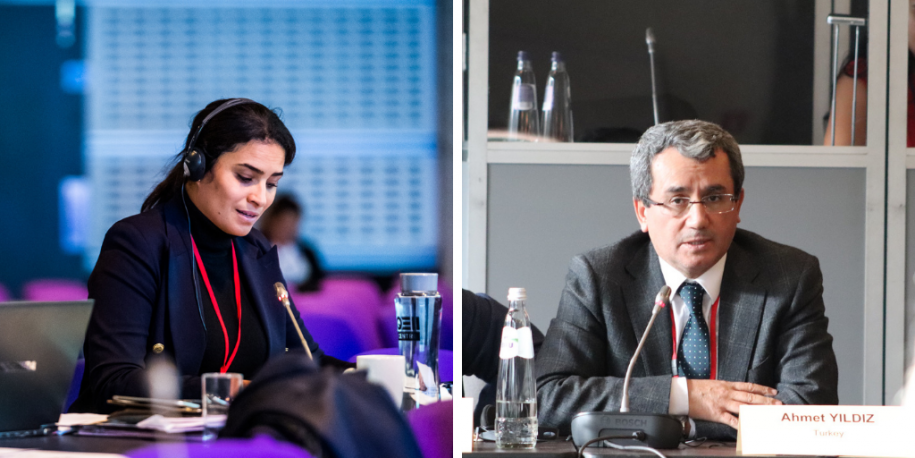 NATO and the European Union should formalise and expand their cooperation including by forging a coherent strategy on the economic, political and strategic challenges posed by the rise of China, lawmakers from the NATO Parliamentary Assembly’s Political Committee said Thursday.

“NATO and the EU are natural partners facing the same strategic challenges and global threats,” said French lawmaker Sonia Krimi. “Their cooperation is more crucial than ever given the geopolitical issues they face, such as instability in the south, climate change, the growing power of China, hybrid warfare or emerging technologies.”

Krimi drafted a report on the NATO-EU partnership for the NATO PA’s annual session held online this year due to the COVID-19 pandemic.

It calls for NATO and the EU to develop a “structured dialogue” on China to look at issues such as how Chinese infrastructure investments in Europe might impact on military mobility and at Beijing’s “mask diplomacy” during the COVID-19 crisis.

Krimi welcomed NATO-EU complementarity in response to the pandemic. “NATO provided important military and logistical support, while the EU mobilised political and socio-economic responses,” she told the Assembly’s Political Committee. “Both organisations mobilised strongly against disinformation and hybrid threats.”

Her report emphasised that efforts to build stronger European defence capabilities do not undermine transatlantic unity. “A strong EU continues to be a cornerstone of a strong NATO,” it said. Krimi noted that an increasing number of European nations are boosting military budgets in line with the objective of spending 2% of gross domestic product on defence.

The report also urged leaders to overcome political barriers to the formalisation of NATO-EU relations.

Addressing the session, Greek Foreign Minister Nikos Dendias also emphasised the importance of closer cooperation between the two organisations. “It is very important … to have a very clear line of communication between the European Union and NATO,” he said. “More contacts are necessary. I consider this of the absolute essence, to happen soonest.”

Members of the Political Committee also discussed a draft report on security and political dynamics in the Gulf region drafted by Turkish legislator Ahmet Yıldız. It urged Allies to engage with players in the region to promote stability and security. “NATO should focus on what it does best when it comes to partnerships: share expertise, help build capacity, train and promote socialisation of defence and security officers,” the report said.

Yildiz also noted that COVID-19 had a devastating effect on the Gulf region and threatens to exacerbate regional tensions. However, it can offer an opportunity to set aside narrow national interests and to advance regional reconciliation. “This opportunity should not be wasted and the Euro-Atlantic community, us, should play our part,” he concluded.

Commenting on recent decisions by Bahrain and the United Arab Emirates to normalise relations with Israel, the Turkish lawmaker stressed that “in this fragile region, all parties should really be extra careful to ensure that new initiatives do not generate unwanted consequences.”

Dendias, however, argued that ‘normalisation agreements’ with Israel had opened new opportunities in the wider Middle East. “We believe now that there is an understanding around the region … on how challenges in this region can be addressed,” the minister said. “In the past there was a dividing line between Israel versus the Arabs. This dividing line does not exist anymore.”