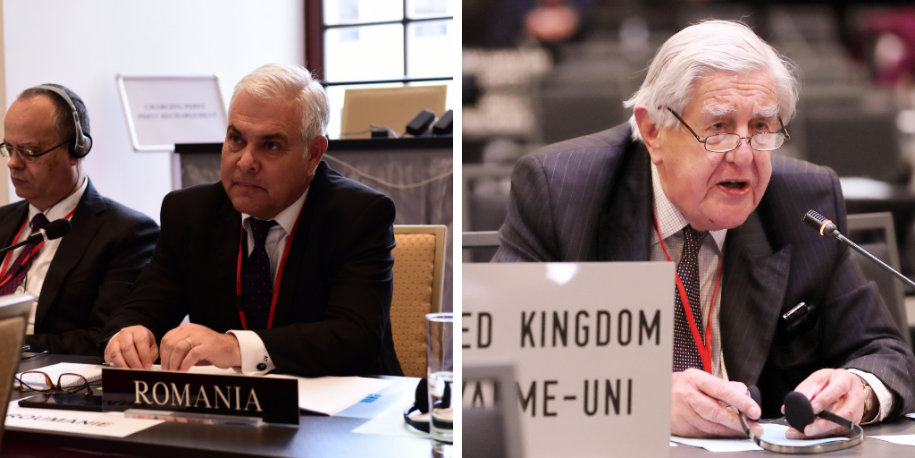 Public knowledge about NATO and its operations is limited so member countries and legislators must boost the Alliance’s profile, particularly as it confronts new challenges to the global order like those posed by China, parliamentarians were told Thursday.

In draft reports on enhancing education about NATO and the challenges posed by China’s rapid rise, the Alliance was urged to increase its efforts to communicate about its role and objectives at the same time as it battles against disinformation, notably over the COVID-19 pandemic.

“Our Alliance plays a crucial role in ensuring the security and stability of the Euro-Atlantic area. Yet, poor knowledge and understanding about NATO and its missions remain widespread among the public,” Romanian lawmaker Angel Tilvar said.

“Unfortunately, this has a negative impact on our citizens’ support for the Alliance. Effective communication is therefore critical to its success,” he told the NATO Parliamentary Assembly’s Committee on the Civil Dimension of Security during the organisation’s 66th Annual Session.

Tilvar urged the Alliance to use the NATO 2030 reflection process to reassess and upgrade its communication strategy. The NATO PA itself should also better promote the Alliance, notably among young people making up the next generation of citizens and leaders.

He underlined the importance of countering false narratives, notably about the pandemic, saying that Russia, China and other actors are trying to divide NATO countries and damage public trust in democratic institutions and their ability to respond to crises. The report was adopted by the committee.

In a separate report, the U.K.’s Lord Jopling homed in on China, citing the new security law in Hong Kong, the crackdown on free speech, and the consolidation of power around President Xi Jinping as evidence that Beijing does not intend to abide by liberal norms.

Further evidence of this is apparent in China’s handling of the COVID-19 crisis, which included silencing whistle-blowers, the concealment of information about the disease, the use of propaganda to shift the blame, and the opportunistic advancement of its interests in its neighbourhood.

“We must overcome our occasional differences when dealing with China to protect and promote the values on which our Alliance is based. Speaking with one voice is indeed crucial to denounce those of Beijing’s actions that are unacceptable and incompatible with liberal norms,” Jopling said.

“At the same time, NATO must not reject and exclude China entirely,” he said, underlining the need  to “collectively engage with China where possible to constructively resolve disagreements, without compromising our liberal values.”

Greek Foreign Minister Nikos Dendias said China must not become a pariah, but it must accept that a level playing field for business is required. Beijing must open its markets up to Europe and North America the way Western markets have opened for the Asian giant.

Dendias told parliamentarians that he sees the old Silk Road “the way it was originally in the past. A two-way road. Not just a one-way road. From China to the West, but also from the West to China.”