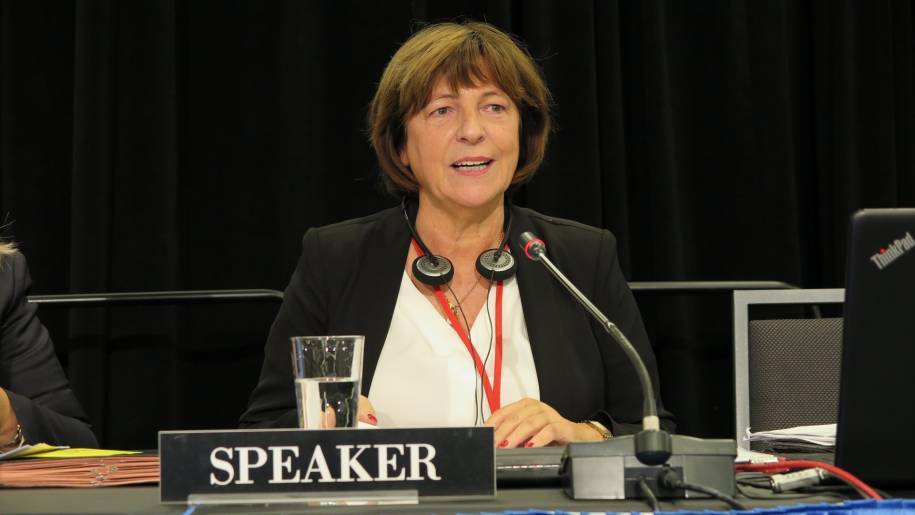 NATO member countries were urged Friday to put women at the centre of their peace and security policy if they want to make the world a safer place, and to ensure that they carefully learn the lessons of the COVID-19 pandemic and its fallout to better respond to future crises.

In a debate on a draft report and resolution due to be passed at the NATO Parliamentary Assembly’s Annual Session on Monday, parliamentarians from the 30 NATO members and from partner nations were urged to turn past security policy pledges on women, peace and security into action.

The discussion came just days after the world marked the 20th anniversary of the adoption by the UN Security Council of Resolution 1325; a historic milestone that recognised the impact of conflict on women and girls and acknowledged their essential role in ensuring peace and security.

“This is not only of utmost significance for women, it is important for our societies and security as a whole,” German lawmaker Ulla Schmidt said. “It is not only a question of justice or democracy, it is a question that affects us all. Men and women benefit if our world becomes safer.”

The draft report and resolution urge Allied governments and parliaments, as well as NATO institutions, to promote equal participation of women and men in the area of peace and security. They also address the need to prevent conflict-related sexual violence and protect women from such violence, and point out the importance of including gender perspectives in post-conflict relief and recovery efforts.

“We, as parliamentarians and as a parliamentary assembly, have a central role to play,” Schmidt told members of the Committee on the Civil Dimension of Security. “We must actively defend the achievements made in this area in the past two decades against any attempts to reverse them.”

In a debate about a draft report on the COVID-19 pandemic, committee members heard how the clampdown on fundamental freedoms in China, Russia and Iran hampered an effective response to the coronavirus.

The draft report highlights the threat posed by the increased dissemination of disinformation and propaganda in the context of the crisis, and notes how the virus has exacerbated many of the social and economic challenges that communities were already facing. It also urges NATO Allies to strengthen the resilience of their societies by bolstering the ability of their civillian sector to recover from major shocks.

“Although this crisis is not over yet, we must already start drawing lessons from the way it was managed and its consequences at the national and global level,” pointed out French senator and Committee Chairperson Joëlle Garriaud-Maylam.

She said that the pandemic shows that authorities must “better take into account the risk of disasters, natural and human, in the future. It also highlights the need to actively prepare our populations and societies to collectively and efficiently respond to any future crisis.”