The Arctic: a zone of beauty, predictability and cooperation – and how to keep it this way 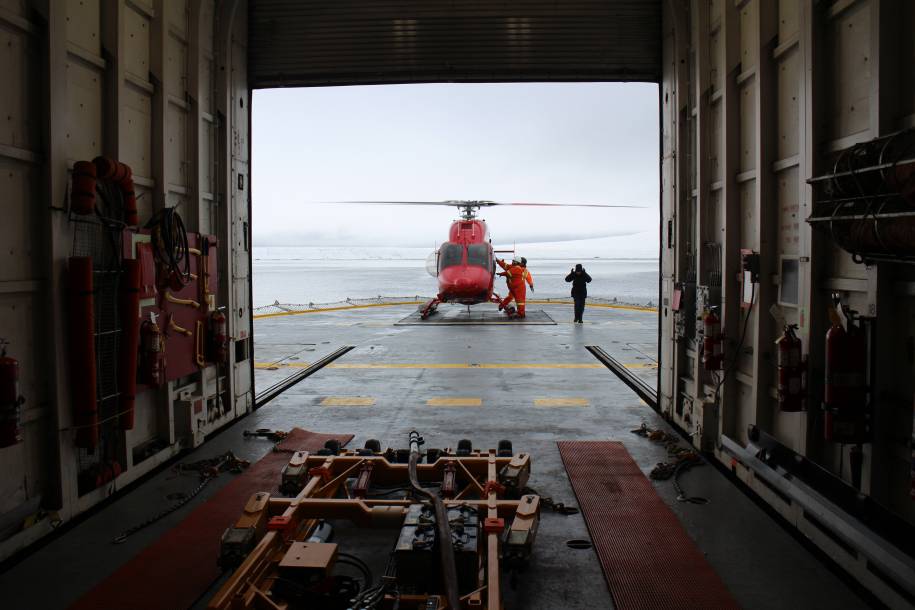 Brussels, 19 September 2017 - “Canada’s north is at the heart of our identity,” Mark Gwozdecky, Assistant Deputy Minister for International Security and Political Affairs at Global Affairs Canada, told lawmakers from NATO member states during an exchange of views in Ottawa. He went on to say that “we need to make sure that we keep it as a zone of beauty, predictability and cooperation.”

From 11 to 15 September, 31 Parliamentarians from 17 NATO member countries visited Ottawa, Yellowknife and Resolute. The delegation comprised members of the Economic and Security Committee’s Sub Committee on Trans-Atlantic Economic Relations and the Science and Technology Committee. The delegation was led by Maria Martens, the Vice-Chair of the Science and Technology Committee (Netherlands) and was hosted by the Head of the Canadian Delegation to the NATO PA, Leona Alleslev.

As all Arctic countries, Canada must deal with the consequences of a changing climate in the north. “The Arctic is warming much faster than other regions”, said Louis Fortier, Science Director of Arcticnet, a Network of Centres of Excellence of Canada. It is “the canary in the mine shaft” for global climate change.

Discussions between lawmakers, government officials and experts thus centred on Canada’s new defence policy Strong, Secure, Engaged, released in June this year. It marks a decisive change in the Canadian approach, as it includes a commitment to “conduct joint exercises with Arctic allies and partners and support the strengthening of situational awareness and information sharing in the Arctic, including with NATO.”

Isabelle Desmartis, Director General of Policy Planning at the Department of National Defence, argued that Canada did not see a direct military threat to the Arctic, but conceded that Russia was increasing its capability to project power into the North Atlantic.

Ms Desmartis stressed that Canada’s goal was not to militarize the North, but that it was very difficult to separate security in Canada from security in the world. The security environment had changed, she underlined, and the interest and activity in the Arctic had increased. Consequently, the importance of continental defence had risen. Mr Gwozdecky stressed, however, that popular images of a “Wild West” in the Arctic were overblown and that international disputes continued to be handled peacefully.

Most experts echoed these sentiments. However, Rob Huebert of the University of Calgary argued that, after the Cold War, the international community had come under the illusion that “geopolitics had ended in the Arctic”. Since then, “the great game has returned”, he contended, and Canada needed to come to grips with this.

In Canada’s long-term defence budget plans, investment in Arctic capabilities plays an important role. As the defence budget rises by 70% between 2016-2017 and 2026-27, Canada will:

During the visit, the delegation had the chance to take a closer look at Canadian Arctic policies from a whole-of-government perspective by visiting two key locations in the Canadian Arctic: Yellowknife in the Northwest Territories and Resolute in Nunavut. The lawmakers thus had the opportunity to hear from and discuss with the military leadership of the Canadian Armed Forces, including from Joint Task Force-North, the Canadian Rangers, the 440 Transport Squadron, the Arctic Training Centre and the Canadian Coast Guard.

The mission also included a visit to the CCGS Henry Larsen, an improved Pierre Radisson-class icebreaker based in St. John’s on Newfoundland, which anchored in Resolute Bay.

An in-depth mission report on this visit will be made available later in the fall of 2017.