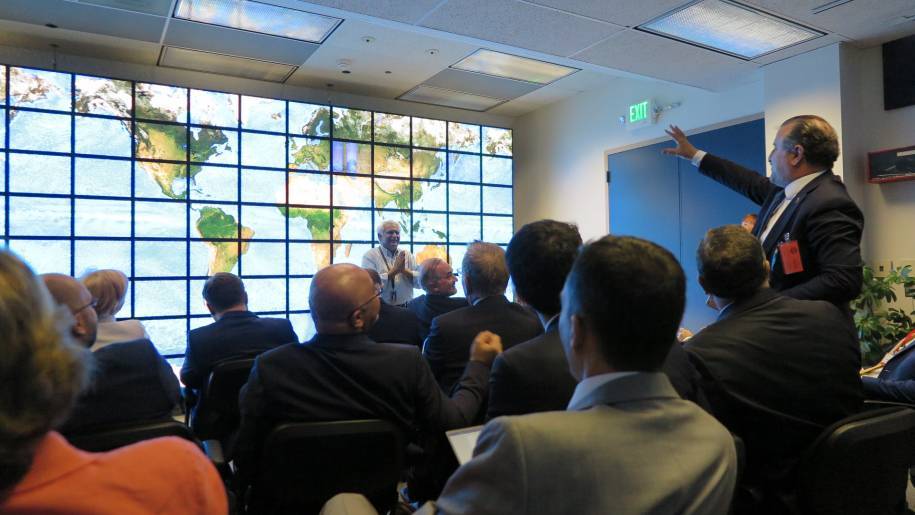 Artificial intelligence (AI) will be at the heart of most – if not all – future cutting-edge technologies in the civilian and military worlds. That was the key lesson for a delegation of the NATO Parliamentary Assembly’s Science and Technology Committee (STC), led by Maria Martens (Netherlands), on its visit to San Diego and Silicon Valley from 15 to 19 October.

By 1997 when IBM’s Deep Blue defeat of chess master Garry Kasparov, it was clear that AI would become “a governing force in the world”, argued Asher Sinensky, Senior Executive at Palantir Technologies – a big-data analytics company working for civilian and defence customers.

Already, AI is increasingly fundamental for a range of applications in the civilian world, as the delegation heard at Facebook and Google.

At Facebook, David Agranovich, Public Policy Manager for Threat Disruption, outlined how AI helped the company automatically detect and neutralise the majority of phishing attacks, attempts at fraud and scam as well as malware distribution. Automated software also supports defence against information operations. Today, 99% of the deleted terrorism-related content on Facebook is being taken down thanks to automated detection mechanisms.

Google also invests heavily into AI. Charina Chou, Global Policy Lead for Emerging Technologies, explained how the company had developed its recently-launched AI principles on a set of strong ethical first principles. For the company, AI applications should, first and foremost, be developed to be socially beneficial and minimise the risks of harm. These principles led Google to opt out of working with the US Department of Defense for example. Indeed, the question of how much technology companies should engage with the armed forces has become a critical debate in the United States, the delegation learned.

In Silicon Valley, the Pentagon’s Defense Innovation Unit (DIU) has made AI one of its five pillars of work, as the DIU aims to grow the Pentagon’s vendor base by attracting non-traditional contractors and to change its capability development processes.

“We are in the midst of an exciting time for AI” says Brendan McCord, Head of Machine Learning, DIU and Chief Architect, Joint AI Centre at Business Executives in National Security. For the US military, “AI is an instrumental step”. For the Pentagon, ethics and safety concern came first, Mr McCord pointed out. Its AI technologies must be robust, reliable and resilient, and the military must be at the forefront of AI norms building.

Not only is AI central to future defence technologies, it can also help to sustain current capabilities. For example, the company Uptake saves the US Army around USD 23 million per year on maintenance through a contract for the M2 Bradley infantry fighting vehicle. With AI solutions at the core, “machines don’t need to break”, said Scott Bolick, Head of Uptake’s Portfolio and Industry.

In two of the most important global hubs for science and technology (S&T), 19 members of parliament from 15 Allied countries explored emerging S&T themes such as extremism online; cyber security; defense innovation; election integrity; and unmanned technologies. A full mission report will be on the website soon.