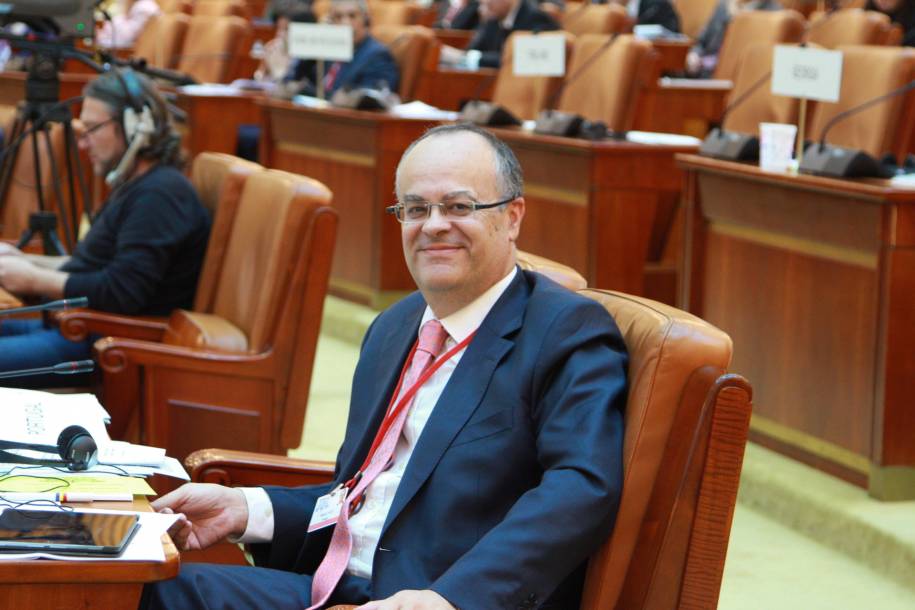 Bucharest, 9 October 2017 – At its 63rd Plenary sitting in Bucharest, the Assembly elected or re-elected its bureau members.
Mr Vitalino Canas (Portugal) was elected vice-president to replace Sverre Myrli (Norway) who will be leaving the Norwegian Delegation after 12 years at the Assembly. Mr Myrli has chaired the Sub-Committee on Future Security and Defence Capabilities from 2009 to 2012 and the Sub-Committee on Transatlantic Defence and Security Cooperation from 2013 to 2016, before being appointed Vice-President of the Assembly in May 2016.
The other Assembly bureau members were all re-elected by acclamation.
*The Assembly bureau members are elected for one year, eligible for re-election once.