COVID-19: Alec Shelbrooke on countering disinformation, keeping up defence investment and solidarity in a time of crisis 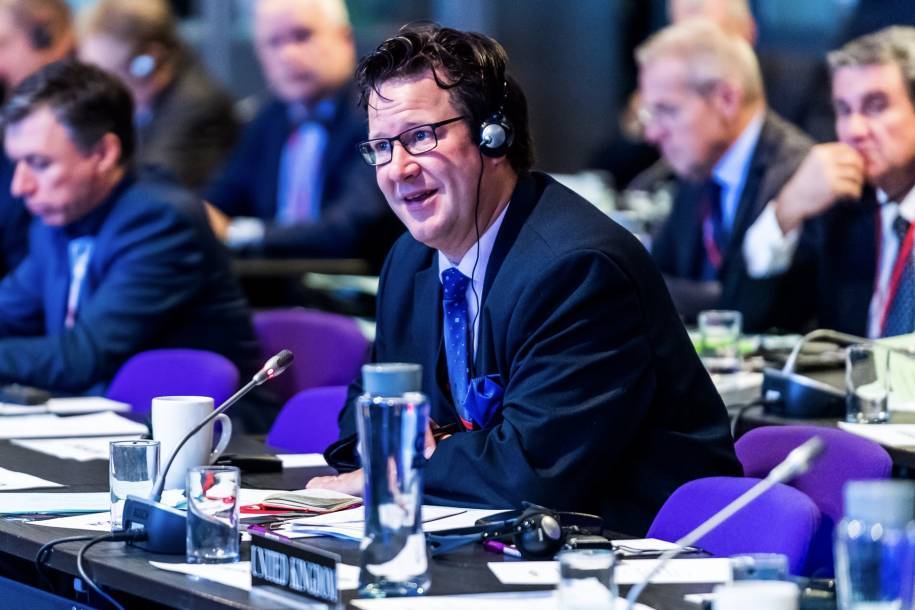 Alec Shelbrooke, Head of the UK Delegation to the NATO PA, shares his perspective on the added value of NATO’s contribution to national responses to the COVID-19 pandemic, as well as the United Kingdom’s commitment to maintain levels of defence spending, and how proactive communication and shared knowledge in identifying and countering disinformation is key to protecting citizens across borders.

I.    Allied efforts to provide resources and humanitarian assistance to the hardest-hit countries has been critical to help Allies and partners cope with this unprecedented crisis. Could you tell us how the United Kingdom has used NATO structures to help others and how it has benefitted from other Allies’ help over the course of the crisis?

Throughout this pandemic, NATO Allies have demonstrated the strength in working together in times of crisis, where division could have been rife. In a new age of technology and information, spreading fake news can be one of the greatest threats to our societies. In the wake of the COVID-19 pandemic, countering disinformation at the beginning of this crisis was key to ensuring the safety of citizens across borders. The British Army, in April, deployed two experts in countering disinformation. Their role was to advise and support NATO in ensuring its citizens have the right information to protect themselves and its democracies are protected from malicious disinformation operations used by adversaries.

As well as information sharing, demonstrating that NATO can support its members in times of crisis through aid is essential, and the UK has so far responded to nine requests from allies and partners through NATO’s Euro-Atlantic Disaster Response Coordination Centre.

In an example of NATO Allies working together, in April, 250,000 items of PPE, including 50,000 N-95 face masks; 100,000 surgical masks; and 100,000 protective suits, were delivered from Turkey to RAF Brize Norton in Oxfordshire. NATO’s Rapid Air Mobility process, which makes it possible for Allies to move essential items by air between each other as quickly as possible, helped to facilitate the delivery. Germany also sent 60 ventilators to the UK in a further show of solidarity. Without this infrastructure and relationship, collaboration in a time of crisis would not be as simple.

NATO Allies have demonstrated the benefits of sharing resources during this difficult time, and the institutional framework has been essential to this relationship. Financial support is vital to maintaining its success. The UK continues to make a monetary contribution to a new NATO Pandemic Response Trust Fund, which will be used to support Allies and partners through activities such as the purchase of vital equipment, the transportation of medical personnel and supplies, and the purchase and delivery of other relief resources. Maintaining this spending commitment is crucial to help mitigate this crisis and be able to prepare for the next.

III.    In the UK, a COVID Support Force of 20,000 military personnel has been set up and has actively helped to boost public services, including the National Health Service (NHS), and to support the national civilian efforts in the battle against COVID-19. What lessons could the UK share with NATO Allies on how the armed forces can contribute to the fight against pandemics and other civilian emergencies?

While members handle their own pandemic responses, NATO can support mitigation measures, ensure readiness, and respond to adversaries, and lessons can be learned from all corners of the Alliance. The UK Ministry of Defence (MOD) put an added 10,000 military personnel at a higher readiness and placed Reserves on standby to support public services as part of a new COVID Support Force in March. These measures were part of prudent contingency planning to respond in a timely way to any request from other governments departments or civil authorities for support during the COVID-19 pandemic.

So far, the military have assisted with repatriation flights from China and Japan. They also supplied specialist military planners to Local Resilience Forums who are providing support to public services, local authorities, and emergency services in preparing their response to the COVID-19 outbreak. The MOD prepared to support public services further, with up to 10,000 personnel placed at a higher readiness, so they can assist with supporting public services. This is on top of the 10,000 already held at higher readiness. 150 military personnel were trained to drive oxygen tankers to support the NHS if required. Furthermore, scientists from the Defence Science and Technology Laboratory (Dstl) worked to support Public Health England’s effort to understand the virus and tackle the spread. Information and resource sharing amongst departments was vital to a coordinated effort against the virus in the UK, and willingness to use military personnel became a vital part of the UK’s response.

IV.   What role do parliamentarians play in this crisis? And what role can interparliamentary diplomacy, including within the NATO Parliamentary Assembly, play to mitigate this crisis and prepare for the next crisis?

This crisis has shown that parliamentarians are essential to ensure Governments don’t get distracted from the overall ethos of the NATO Alliance, even and particularly during a global pandemic. It is vital that backbenchers in parliament continue to pressure Governments to meet the 2% GDP defence-spending commitment and Britain’s commitment to this has led it to be at least 0.5% above inflation in each year of this Government.

NATO is built on a commitment to collective defence and mutual support – a commitment which is reinforced by countries sharing the burden of defence investment and meeting the 2% target. Having the funds and plans in place to ensure that our armed forces are playing to their strengths is essential for any future threats. Since all Allies pledged to meet the 2% target by 2024 at the Wales Summit in 2014, significant progress has been made. In 2019, defence spending by non-US Allies increased in real terms by 4.6% – the fifth consecutive year of growth. We are investing in the likes of the future combat air system technology initiative, in nuclear submarines and in cyber-technology to ensure that we are fighting the battle for tomorrow. Interparliamentary diplomacy and information sharing through our NATO Allies is crucial to mitigating and preparing for the next crisis and must be underpinned by spending commitments which allow the relationship and strength to grow.

Alec Shelbrooke, Head of the UK Delegation to the NATO PA