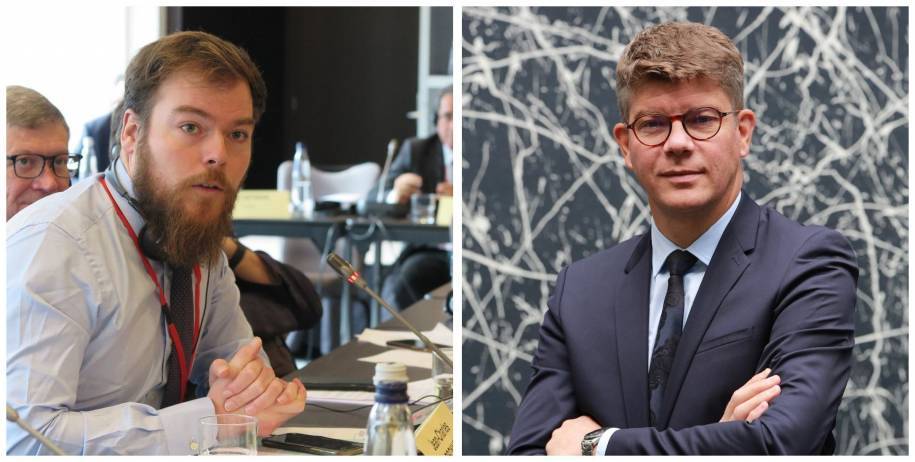 While the coronavirus pandemic has been the most disruptive global event in decades, international security challenges have not faded in parallel. If anything, as NATO Parliamentarians confirmed in a meeting of the Defence and Security Committee (DSC), international security competition is rising and key challenges to peace and stability remain in NATO’s neighbourhood. Two recent DSC draft reports highlight important security issues currently focusing the minds of NATO parliamentarians – the growing challenge of Russian military modernisation and the remaining barriers to enduring peace and stability in the Western Balkans. These draft reports are authored by French senator Cédric Perrin and National Assembly member Jean-Charles Larsonneur respectively.

Both Russia and China are exploiting the pandemic to probe for soft spots as they seek to push their revisionist global agendas. Russia’s increasingly aggressive foreign policy has been the most visible and, to date, concerning for Allies. As Senator Perrin noted in his presentation, “Russia’s efforts at rapid military modernisation since 2010 have allowed Russian forces to serve as an increasingly capable hard power instrument to back up Russia’s aggression on the international stage.” He continued to warn committee members that: “Increased mobility, stealth, speed, and powerful and precise munitions have made today’s Russian military a far cry from what it was just over a decade ago.”

Perrin warned that Russian military modernisation, coupled with Russia’s increasing willingness to eschew international law, is already disrupting both Allies and partner security. In addition to dangerous brinkmanship with Allied forces along the Alliance’s eastern flank, Perrin highlighted the destructive role of Russian forces in key NATO partners like Ukraine and Georgia, both of whom are beset with ongoing conflicts and tensions.

To meet and overcome the Russian challenge, Perrin concluded, Allies must maintain the defence investment momentum they had gathered in the six years prior to the coronavirus pandemic outbreak. Such investments will permit Allies to maintain the innovative edge that has been instrumental to their success over the decades. Perrin recalled the spirit of Article 3 of the Washington Treaty, which calls upon Allies to act individually and together to develop the means to defend against potential adversaries: “In the face of Russia's goal to break the consensus among the Allies on the future of Euro-Atlantic security, we must work even harder to keep intact the strongest and most effective political-military alliance in history.”

DSC members also discussed Jean-Charles Larsonneur’s draft report on enduring challenges in the Western Balkans. “2020 has been a simultaneously encouraging and difficult year for the region. In March, the Alliance welcomed Northern Macedonia as its 30th member, demonstrating the hope and promise of NATO’s ‘open door’ policy. The progression of the coronavirus has, however, had an outsized impact on the region’s economies and societies, stretching already scarce resources to the limit,” Larsonneur told his colleagues.
“July also marked the 25th anniversary of the Srebrenica genocide, perpetrated against thousands of innocent men, women and children, and to date, the worst massacre in Europe since the end of the Second World War. The commemoration of these tragic events is a sombre reminder of our duty to remain focused on enduring peace in the region,” Larsonneur reminded his colleagues.

While both NATO and the EU have played, and continue to play, vital roles in the region, “there are worrying signs of a trend towards economic and political regression,” Larsonneur said: “Economic stagnation and state capture by corrupt oligarchs undermine efforts to strengthen democracy, and  persistent setbacks in the rule of law may exacerbate the security challenges facing the region.” Larsonneur’s report also highlights the challenges posed by illicit trafficking by criminal networks, and the ongoing risk of violent extremism due to entrenched ethnic and religious divisions.

“The combination of these factors has contributed to discouraging numbers of people leaving the region, particularly the younger and better educated, to seek a better life abroad,” Larsonneur noted.

Seeking to exploit vulnerabilities, both Russia and China are also focused on the region. “While Russia is still trying to sabotage the anchoring of the Euro-Atlantic institutions in the region,” he continued, “China sees the Western Balkans as an important arena to expand its strategic investments through the Belt and Road initiative.”

Larsonneur noted, however, that there are good reasons for Allies to remain positive: “The Euro-Atlantic community remains the most significant presence in the region…and Allies are increasing their investments at all levels.”

Also recalling the words of NATO’s founding document, Larsonneur concluded: “The Washington Treaty commits us to work to build a Euro-Atlantic area that promotes democracy, the rule of law, human rights, and a free exchange of ideas, people, and goods. These are values that underpin us and that all countries seeking membership should strive to live up to. The NATO Parliamentary Assembly has always worked closely with its peers in the region: we must continue this work to strengthen the region's economic, social and security capabilities, which alone will contribute to building a better future for all citizens of the region.”