Defence spending pledges must be honoured 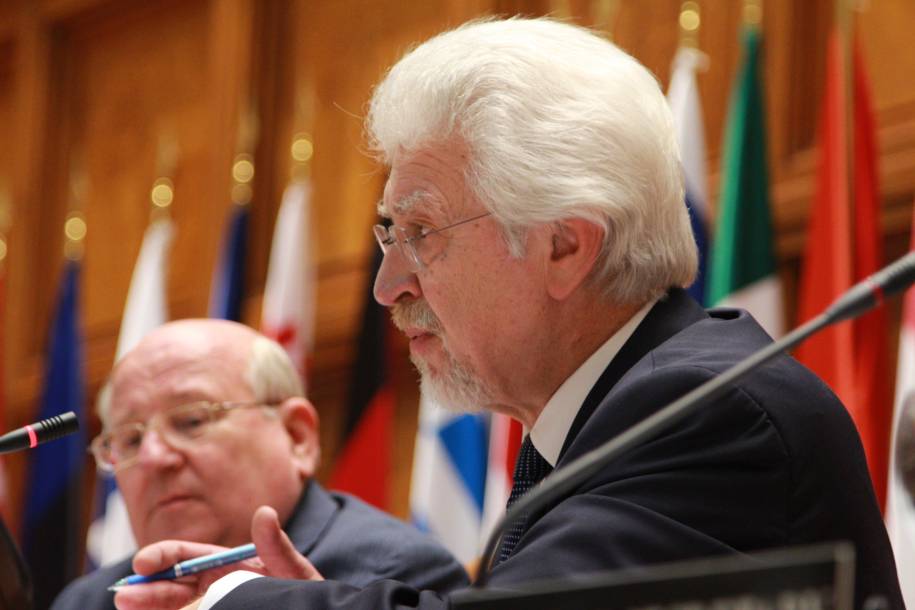 Bucharest, 9 October 2017 – NATO allies must continue to boost defence budgets as promised to effectively counter Russian aggression and the threat of terrorism, and use funds more efficiently by working closely with the European Union, parliamentarians from NATO nations said Monday.
In resolutions adopted at the NATO Parliamentary Assembly Annual Session in Bucharest, the lawmakers emphasized the importance of spending goal of two percent of Gross Domestic Product - 20 percent for new equipment, research and development.
“Years of underinvestment in defence has eroded Allied forces and skewed the burden of responsibility for security and defence towards a few Allies. This is neither fair nor sustainable,” Latvian lawmaker Ojars Eriks Kalnins told the NATO PA Political Committee.
“We must do more. The contemporary international security environment demands we not only spend enough on defence, but that we spend smart on defence,” he said.
The lawmakers welcomed the fact that NATO nations have stopped slashing their military budgets, but lamented that the United States is still investing so much more, with only around half a dozen of the 29 member states meeting the two-percent pledge.
Russia’s determination to alter Europe’s rules-based security order and undermine democracy around the globe with disinformation, as well as a string of terror attacks in European capitals over the last two years have highlighted the need for NATO to prove that the allies are indivisible.
But while NATO must remain the cornerstone of security in Europe, the lawmakers insisted that stronger European Union security is necessary and important, above all if it complements - and does not compete with - the Alliance’s interests and goals.
They called on the two to work together to develop joint military capabilities, and boost cooperation in counter-terrorism, cyber security and awareness of hybrid warfare threats. The lawmakers also encouraged NATO and the EU to conduct military exercises together.
In the Assembly’s Economics and Security Committee, French lawmaker Jean-Marie Bockel noted the importance of ensuring that enough funds are spent on research and development, given the often decades-long lag between a project’s conception and its actual delivery.
“To do this, it is necessary to restructure defence budgets. Long-term investment is also vital to ensure that our defence capabilities are not held back beyond the point of no return,” he said, noting that the EU must be recognized as a vital partner for consolidating Europe’s defence industrial base.
Allied governments were urged to better inform their publics about the need for increased defence spending and NATO’s role in ensuring their security. Lawmakers also called on governments to focus investments on new capabilities rather than creating jobs, which can be achieved by other means.