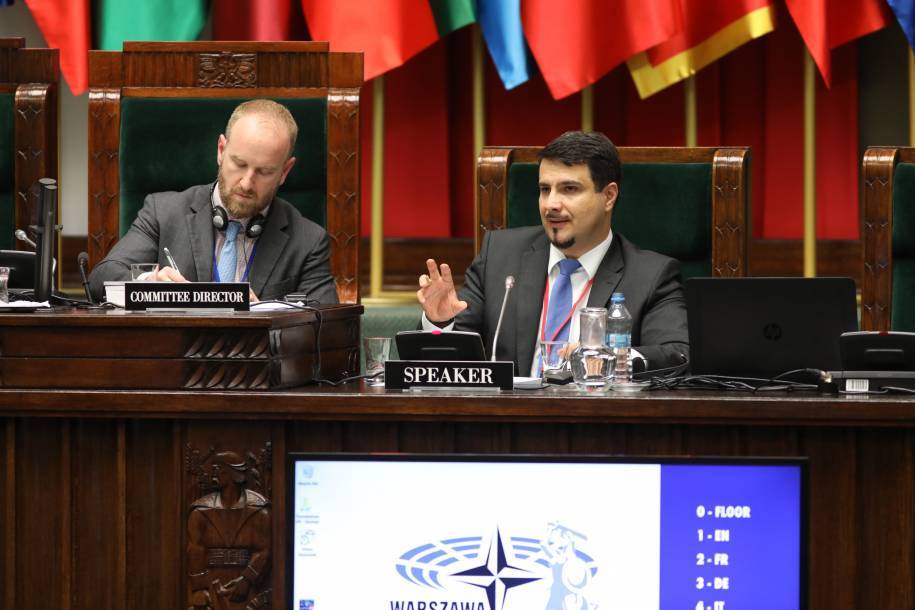 Warsaw, 27 May 2018 - Parliamentarians from NATO nations appealed to Allies on Sunday to boost their military budgets and underlined the importance of transatlantic ties as US President Donald Trump pressures his partners for more defence spending.

The 29 NATO members have committed to halt budget cuts and move toward spending 2 percent of their GDP on military budgets by 2024 and 20 percent of that on new capabilities. Allies also promised to provide action plans laying out how they would do this, but only around half have done so.

“The transatlantic bond is the vital axis of our Alliance,” Polish Foreign Minister Jacek Czaputowicz said during the NATO Parliamentary Assembly’s Spring Session in Warsaw. “Europe needs the United States and the United States needs Europe.”

“The security of the Alliance is indivisible,” he said, but added: “We must ensure that national defence budgets meet the criteria set by NATO.” The Minister noted that Poland aims to spend 2.5 percent of GDP by 2030.

NATO nations cut defence spending and slashed staffing at commands after the Cold War, but Russia’s annexation of Crimea in 2014, following its war with Georgia in 2008, has spurred the Allies to boost military budgets. The issue will be high on the agenda of the July 11-12 NATO summit.

Only eight member countries are forecast to reach the Alliance’s spending guideline this year, as the world’s biggest military alliance works to turn around over a quarter century of military cuts.

In a draft report to the NATO PA Defence and Security Committee, Hungarian parliamentarian Attila Mesterhazy underlined that the Alliance requires more spending as it adapts its defence and deterrence posture to respond to Russian assertiveness and rapidly evolving security threats.

“All of these tasks, missions and ambitions are, to say the least, resource intensive. They require significant financial investment in the personnel and equipment necessary to execute them correctly,” Mesterhazy told his colleagues.

Polish Defence Minister Mariusz Blaszczak said that Russia has continued to develop its armed forces while NATO has slowed, meaning that “Russia is better prepared to wage conventional warfare.”

Under a law in force since last year, Poland is moving to expand its armed forces to 200,000 personnel and buy new equipment.

While President Trump has been vociferous in his demands for increased spending from Allies, Slawomir Debski, Director at the Polish Institute of International Affairs, played down any transatlantic rift, and warned that disputes would ultimately only be exploited by those wanting to undermine NATO.

“We should not panic because of this or other decisions on this or the other side of the Atlantic. Disagreements, upheavals happen continuously,” he told the Political Committee Saturday. “The only way to overcome our problems is to stick to the principles we believe in, talk to each other and make common cause for cooperation.”