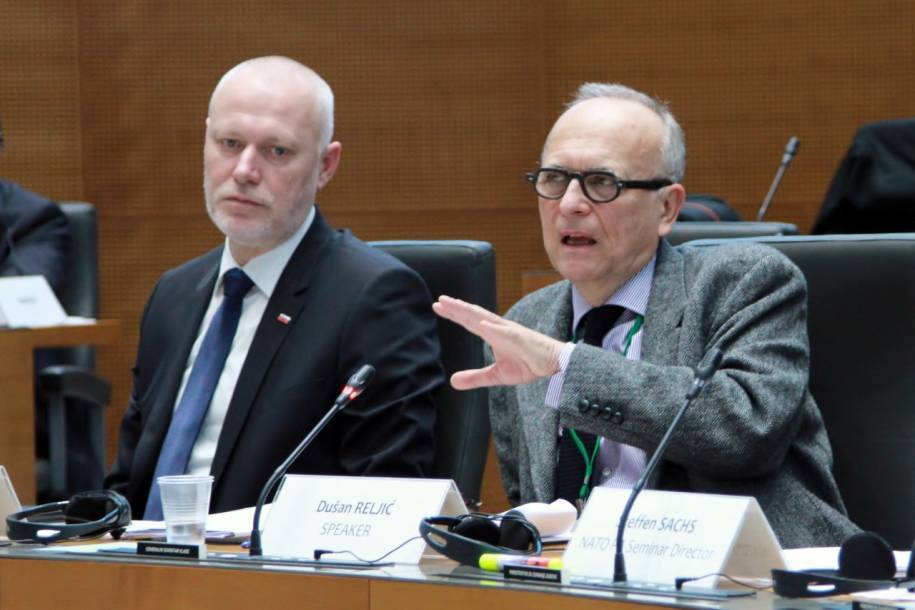 15 November 2017, Brussels/Ljubljana - The European Union and the United States cannot take the positive evolution of Western Balkan democracy for granted: the risk of backsliding is ever present. There are many worrying signs that a kind of vacuum has been created in the region that is being filled by forces with a decidedly anti-democratic and anti-Western agenda.
This was a central message emerging from a NATO Parliamentary Assembly Rose Roth Seminar entitled: The Western Balkans: Past Misperceptions, Current Challenges and Future Endeavours hosted by the Slovenian Parliament in Ljubljana from 7-9 November.
Numerous speakers at the event noted that the European economic crisis beginning in 2008 has had a devastating impact on the positive evolution of the region. The implications have not only been economic. The impression of “enlargement fatigue” within the EU sent the wrong signal to the Western Balkans and slowed a primary impetus for democratic and economic reform in the Western Balkans. Andrej Logar, the State Secretary at the Slovenian Ministry of Foreign Affairs, however, noted that the EU has begun to change its tone and is ready to fulfill its promise. He noted that Europe has a range of tools to help reconnect the region with Europe, adding that the development of energy and transport infrastructure would be critical in this regard. The enlargement process should remain individual and merit based, Mr. Logar added, but it needs to be galvanized in Brussels and by the actions of Western Balkan countries themselves which are ultimately responsible for their accession.
Milan Brglez, President of the National Assembly of the Republic of Slovenia, told participants  that although Slovenia initially disassociated itself from the Western Balkans as it moved toward European accession, the region is now its primary foreign policy priority. Slovenia has accordingly become a chief advocate for its integration in Europe.
Dušan Reljić, Head of the Brussels Office of The German Institute for International and Security Affairs, noted that the Western Balkans would need to grow at roughly 6% per year to have any hope of converging with EU economies. He suggested that this can only occur if the region undertakes genuine political and economic reform and if Europe is willing to dedicate significant resources to ensuring the region has the infrastructure and access it needs to grow. The region has a very large structural trade deficit with the EU and receives very little in compensatory structural funds that might help reduce this deficit and generate resources to underwrite structural change.
But not all the messages were positive. Several speakers, including Vedran Džihić, a Senior Researcher at the Austrian Institute for International Affairs (OIIP), suggested that Western Balkans is beset by the problem of “state capture” in which narrow groups of elites advance their own interests over those of society at large and in so doing undermine stability and security. Džihić suggested a kind of neo-paternalist order was emerging throughout the region and that this is impeding economic and political development.
Local civil societies, he suggested, need international support to counter pervasive nepotism, clientelism and predatory corruption. He suggested that recent political developments in the former Yugoslav Republic of Macedonia[1], in which civil society took a strong stand against corruption and undemocratic practices is particularly heartening. Several speakers also noted that fundamental political changes in the former Yugoslav Republic of Macedonia should provide an important impetus to its candidacy for EU membership.  There are also signs that progress might be possible on the name issue which has impeded its accession to NATO.