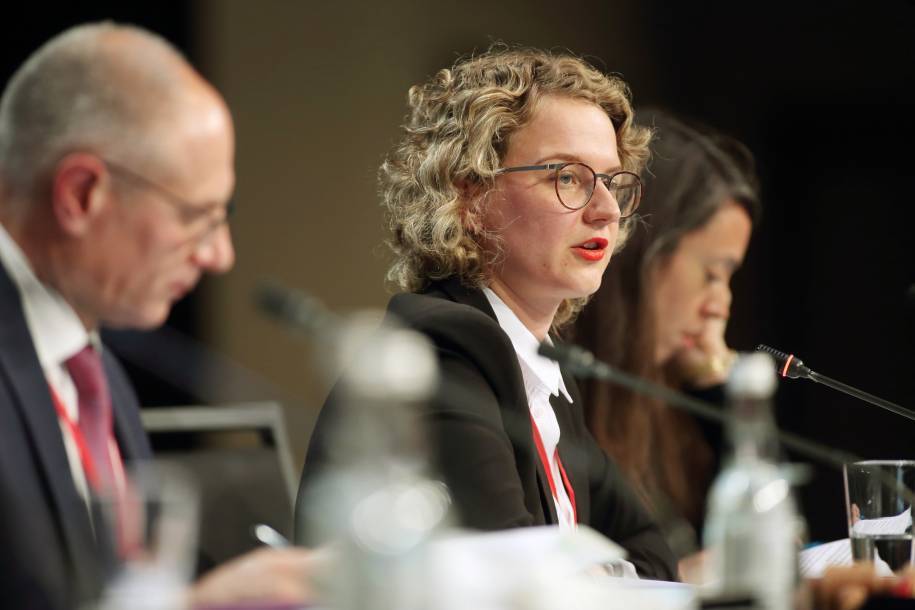 Halifax, Canada, 18 November 2018 – European nations must limit their oil and gas dependence on Russia as Moscow continues to wield its energy might and use it as leverage to divide the continent, parliamentarians from NATO nations were told Saturday.

“Russia has used its energy endowments to divide Europe, to apply political pressure on countries with energy vulnerabilities, to corrupt democratic politics and to use its earnings to underwrite significant defence spending, while deploying forces in Ukraine”, Armonaite said.

Europe imports around one third of its natural gas needs from Russia, and some 30 percent of its crude oil requirements. Much of the gas transits through Ukraine, where Russian monopoly Gazprom has waged a price war at various times over the last decade.

During the session in Halifax, the lawmakers are set to adopt a resolution urging action on those points as well as preparation for possible cyberattacks on energy infrastructure. They will also insist on support to ensure that Ukraine – already destabilised by Russian military action – is not isolated in energy terms.

Russia is labouring under international sanctions for illegally annexing Ukraine’s Crimean Peninsula in 2014, and the Committee was told how sanctions policy is attempting to inflict costs and change behavior over the misuse of nuclear energy policy in Iran and North Korea, but not always working.

The United States has withdrawn from the international nuclear agreement aimed at curbing Iran’s nuclear program, paving the way for fresh sanctions, but European nations believe the deal is important for regional and global security and they are trying to keep financial supply lines open to Iran.

Richard Nephew, a research scholar from the Center on Global Energy Policy at Columbia University who worked on the Iran nuclear deal, said Washington’s change of policy could mean that “Iran will suffer economically but not so much that it will be compelled to make far more serious concessions.”

“Paradoxically, people in Washington will lose patience as Iran fails to collapse. For this reason, I actually see the reintroduction of sanctions pressure now not as path to a solution but rather as the start of a renewed and far more intractable crisis,” he told the parliamentarians.