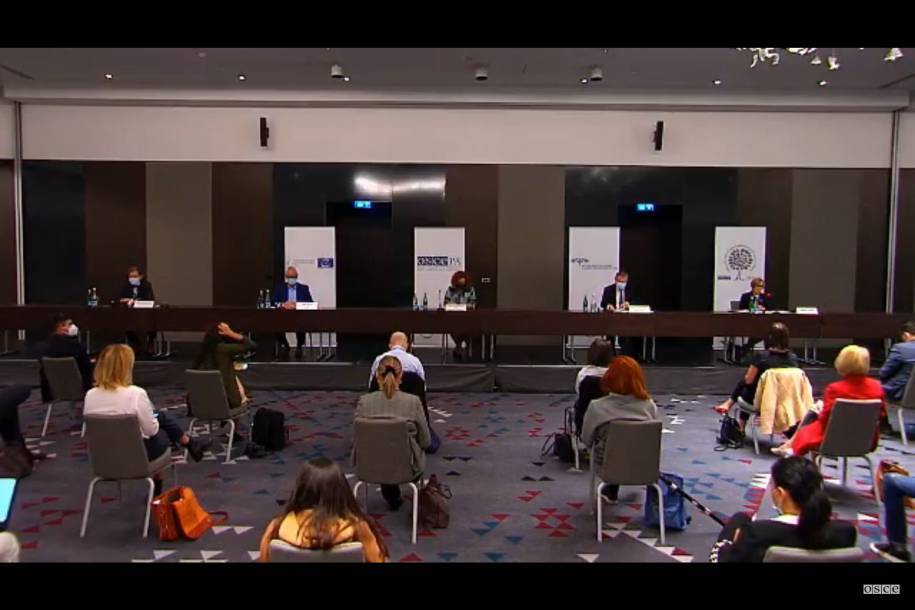 Georgia’s parliamentary elections were competitive and, overall, fundamental freedoms were respected. Nevertheless, pervasive allegations of pressure on voters and blurring of the line between the ruling party and the state reduced public confidence in some aspects of the process, international observers said in a statement today. The elections were conducted under a substantially revised legal framework, following broad public consultations that brought some improvements for the holding of democratic elections, but further efforts to address shortcomings are needed, the statement says.

The observers concluded that the technical aspects of the elections were managed efficiently, despite challenges posed by the COVID-19 pandemic, but the dominance of the ruling party in the election commissions negatively affected the perception of their impartiality and independence, especially at the lower levels.

“I am very pleased that we were able to contribute to the observation of these very important and challenging elections for Georgia. I commend the extra efforts that inevitably had to be made in preparations, and also commend all the people who courageously decided to go out and vote, notwithstanding the immense challenges posed by the COVID-19 pandemic,” said Elona Gjebrea Hoxha, OSCE Special Co-ordinator and leader of the short-term OSCE election mission. “While there have been welcome improvements in election-related laws and regulations, there remains work to be done to provide a more solid base for democratic elections.”

Osman Askin Bak, head of the delegation from the NATO Parliamentary Assembly, said: “This was an important election for Georgia’s transition to a parliamentary system of government.  Georgian voters, once again, demonstrated their strong commitment to democracy despite the exceptional challenges posed by the pandemic. We observed a competitive election in which fundamental freedoms were generally upheld and most procedures were followed. It was, however, far from flawless. A number of issues in the implementation created a somewhat uneven playing field and affected public confidence in parts of the process. These must be addressed.”

In the limited number of polling stations visited, procedures were mostly followed. Preventive measures against COVID-19 were largely in place, but social distancing was rarely respected or possible. The presence of party co-ordinators and activists outside of many polling stations had an intimidating character.

"I commend the many women in polling stations across the country who were actively working to ensure a smooth process on election day,” said Pia Kauma, head of the delegation from the OSCE Parliamentary Assembly. “I also welcome steps taken to increase women’s representation in the electoral contest, and I hope this will be reflected in the incoming parliament and government.”

The diverse and pluralistic media environment was polarized along political lines and by business interests, and all monitored private broadcasters were visibly partisan. In the absence of policy discussion and analytical reporting, and with only a few debates between main political alternatives, there was limited opportunity for voters to make an informed choice, the observers said.

“I pay tribute to all the brave Georgian voters who cast their votes in yesterday’s elections, despite the risk COVID might cause to them when visiting a polling station,” said Tiny Kox, head of the delegation from the Parliamentary Assembly of the Council of Europe. “While acknowledging that these parliamentary elections were generally free, we are concerned over the lack of clear rules on abundant campaign spending, which negatively affects the fairness of the elections. We therefore urge Georgia to meet, as soon as possible, our longstanding recommendations to improve the laws and regulations related to the oversight of campaign financing.”

The legal framework, overall, provides a sound basis for democratic elections. While many recent amendments were welcomed as bringing some improvement, there were concerns about a lack of effective implementation and enforcement in the areas of election administration, the campaign and campaign finance. The observers also noted that aspects of the legislation and certain campaign practices advantaged more established political parties, to the detriment of newer and smaller ones. The overall framework for campaign financing, including high spending limits, also benefitted more established parties, the statement says.

“The competitive nature of yesterday’s elections was, unfortunately, undermined by the pervasive allegations we heard of the intimidation of voters, both in the lead up to and on election day, and of the blurring of the line between state and party during the campaign,” said Jillian Stirk, head of the ODIHR limited election observation mission. “At the same time, it is important to note the vibrant role played by civil society, in a space where fundamental freedoms, including the freedom of expression, were generally respected.”