Interview with Martin Klus, State Secretary of the Ministry of Foreign and European Affairs of the Slovak Republic 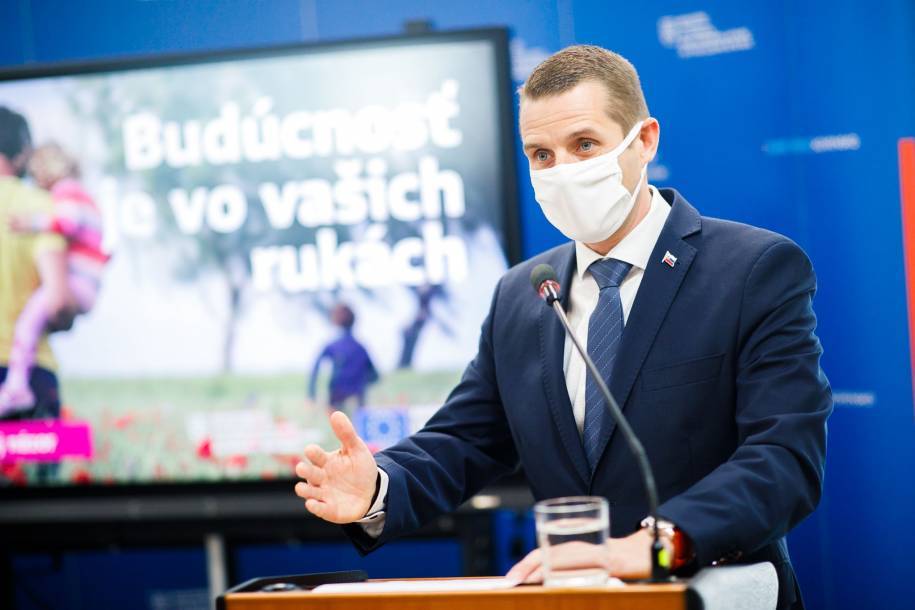 Following the NATO Summit 2021 in Brussels, the NATO PA caught up with officials who were closely involved in the meeting to share their insights on the Summit's outcomes. As former members of the NATO PA, they also address how parliamentarians and the NATO PA can best support implementation of NATO's ambitious agenda going forward.

Three questions with Martin Klus, State Secretary of the Ministry of Foreign and European Affairs of the Slovak Republic and NATO PA alumnus:

During his time as member of the Slovakian Delegation to the NATO PA from 2018 to 2019, Dr Martin Klus served the Assembly actively as Deputy Head of his Delegation, Chairman of the Assembly's Sub-Committee on NATO Partnerships and member of the Political Committee.

1.    Expectations were high for this NATO Summit, particularly in light of the ongoing major shifts in the international security environment. How do you rate the overall outcome?

Slovakia is very pleased with the outcome of the Summit. The Alliance, once again, confirmed that it is alive and kicking. It was also important that despite the global pandemic situation, Allies met and demonstrated unity, cohesion, and solidarity. Furthermore, the Summit provided a good opportunity to start a new chapter in transatlantic relations with the new US administration.

The Summit demonstrated that all Allies have a say when it comes to shaping the future of the Alliance. The fact that our leaders agreed to set in motion an ambitious forward–looking agenda ‘NATO 2030’ was a great achievement. This is part of an ongoing process of NATO´s adaptation to the increasingly challenging security environment, recognising the need to respond to new and emerging threats and challenges, including hybrid and cyber-attacks, disruptive technologies, space, or the rise of China. It was also important that the Summit highlighted our commitment to further strengthen our national and collective resilience.  We fully agree that we have to look at resilience as the first line of our defence.

2.    What were Slovakia’s key priorities, and how do you assess the decisions made on these?

Slovakia had several priorities for the Summit, among them was the push for an ambitious language on NATO 2030. We also supported language on military adaptation, and we were also in favour of keeping the focus of the Alliance on collective defence, as well threats and challenges like Russia, hybrid threats and China.

Looking at the results, we are quite happy to see the decision to launch a process of updating NATO´s Strategic Concept, a reaffirmation of NATO´s Open Door Policy, and strong language on our partners, especially Ukraine and Georgia.

3.    Based on your experience, including as a former member of the NATO PA, how can parliamentarians and the NATO PA best support implementation of the ambitious agenda agreed at the Summit?

NATO is a defensive Alliance representing almost one billion people. At the Summit, we reaffirmed our unwavering commitment to defend our populations and territories against any threat and to uphold our shared values. But we have to keep in mind that most conflicts and challenges of today do not have a military solution. So it is important that, as a result of the recent reflection process, NATO is putting more emphasis on political consultations, and also updating its political toolbox. In a more complex world full of hybrid challenges, political and military deterrence are equally important.

Being more political also requires synergies across our societies. We will not be able to achieve effective response to hybrid challenges without a genuine whole of the government approach. In these efforts, parliamentarians are instrumental in reaching out to our societies at large. We must speak openly about these new challenges and role of NATO in the changing security environment with the whole political spectrum, as well as with civil society, the private sector, and academia.  This will help us not only to raise awareness but also enhance understanding and support for the course of action we should take.

Secondly, parliamentarians hold the power of the purse, and hold governments accountable. Adapting NATO to the security threats and challenges of tomorrow will require many more resources and their allocation will require mobilising political support for increasing defence spending in a very tight and competing budget situation. We need to work closely with our parliament to ensure that Slovakia can stay true to its word and deliver defence spending commitments by 2024. Looking ahead at the next ten years, dialogue with parliaments will continue to be essential to deliver on these commitments.