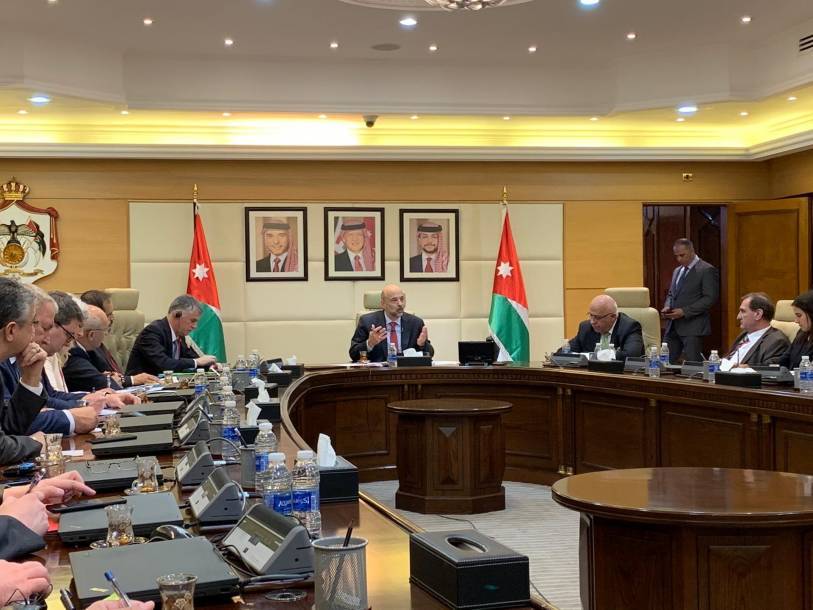 Amman/Brussels, 28 November 2019 - A new geostrategic landscape is forming across the Middle East: The past century’s regional balance of political and economic power is in transition as regional and external powers compete to establish a different kind of order. Non-traditional emerging threats such as failed and failing states, non-state actors driven by extreme ideologies, climate change, persistent unemployment among burgeoning youth populations, and significant population shifts driven principally by the region’s enduring wars are having an outsized impact on regional power struggles.

The Middle East’s fragility is having a direct impact on Euro-Atlantic security. Conflict and economic desperation have driven waves of refugees both to neighbouring states and to Europe. The rise of violent extremism has only exacerbated the problem. NATO Allies are working to mitigate the impact of these challenges while helping to address their root causes. Seeking greater insight into the region’s acute security, economic, and political challenges, a delegation from the NATO Parliamentary Assembly’s Mediterranean and Middle East Special Group (GSM) and Defence and Security Committee (DSC) travelled to Jordan from 18-21 November.

For much of the 20th century state, survival represented the core security challenge confronting Jordan due to the myriad conflicts arising out of the Ottoman Empire’s collapse and shortcomings in the post-WWI mandate system. Key challenges facing the government in Amman today revolve around ensuring Jordan’s financial resilience over the medium to long-term. As Jordanian and international interlocutors working in Jordan repeatedly told the delegation: Jordan is resource poor, faced with a youth bulge, and bearing a disproportionate share of the region’s refugee burden.

Jordanian Prime Minister, Dr Omar Al-Razzaz, told the delegation that “Jordan has always prioritised the humanitarian angle of its role in the region – there shall be no child left behind, serves as a guiding motto in our approach to the waves of refugees we have received over the past several generations; throughout it all, Jordan has managed because of its tolerant society and its strong leadership has always found a way to rebuild the economy and move forward.”

In the most recent refugee crisis stemming from the nine-year Syrian civil war, Jordan has remained a bulwark of stability and openness. It has welcomed approximately 1.4 million refugees, a significant portion of whom are children. Government and NGO officials told the delegation that only about 15-20 per cent of the total new refugee population in Jordan lives in the designated camps administered by the UN and its international aid partners, or other Jordanian government agencies.

The delegation visited the Za’atari Refugee Camp to meet Jordanian and UNHCR officials. Situated just 15km from the Syrian border, Za’atari houses over 77,000 refugees, or three times its planned capacity: children represent 48 per cent of the camp’s total population.

The Jordanian government is highly dependent on externally sourced funding to support the large refugee population now living within its borders, but some ministry and UNHCR officials told the delegation there is a growing chasm between the amounts pledged and the finance that is actually received. As one UNHCR official said: “our efforts in Jordan are increasingly underfunded; we are facing a large drop in pledged donations for 2020 and have still only received 54 per cent of pledged amounts for 2019.”

The burden of the additional refugee population is clearly straining the capacity of Jordanian government institutions and its economy. Jordan’s education and health ministries are bearing the brunt of the burden; government officials noted that thousands of teachers across the kingdom are working double shifts to handle the surge young students seeking a primary education. In addition, the recent influx of refugees has significantly increased the labour supply in an already weak economy suffering from high levels of unemployment which officially hover around 20 per cent but which are actually significantly higher.

The demographic burden on this small, resource poor and water stressed country is significant. As officials noted, approximately 70 per cent of the kingdom’s population is under 30. The kingdom’s galloping demographic growth has exacerbated already serious water shortages. As Raed Muzaffar Abu Al-Saud, Minister of Water and Irrigation, told the delegation, “Jordan’s population growth is not normal, and its water use has paid the price.” Jordan is currently the 2nd most water-stressed nation on earth. It is largely dependent upon its neighbours, Syria and Israel, for water subsistence flows. The Kingdom is engaged in large-scale water projects with international partners and aid agencies to ameliorate the situation, but consumption levels are currently far above the amount of water replacing aquifers by rainfall or river flow.

Philippe Folliot (France) and Lara Martinho (Portugal) led the NATO PA delegation to Jordan, which consisted of 25 national parliamentarians from 12 NATO member states. A summary report of the visit will be available on the NATO PA website in the coming weeks.