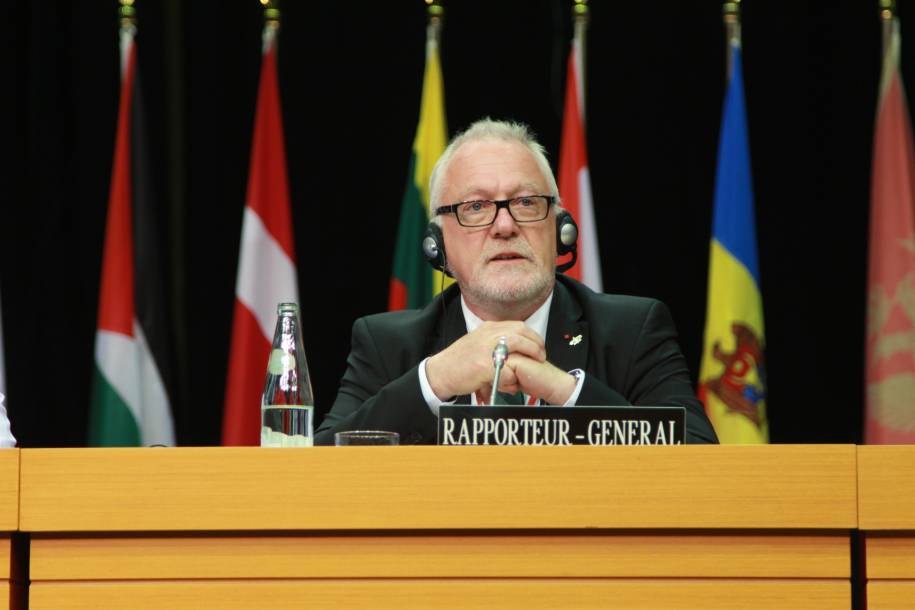 Tirana, Monday 30 May 2016 – The Defence and Security Committee (DSC) of the NATO Parliamentary Assembly voiced their firm support for continuing NATO’s Resolute Support Mission in Afghanistan beyond 2016. The signal of strong parliamentarian support comes on the heels of the 20 May validation by NATO foreign ministers to extend the mission’s mandate.

The support came during debate on a draft report by Special Rapporteur, Wolfgang Hellmich (Germany), during the Committee’s meeting at the NATO Parliamentary Assembly’s four-day Spring Session in Tirana, Albania. Hellmich’s report covers not only the evolution of the security environment in Afghanistan, but also highlights the progress, as well as lack of progress, in the country’s institutional development. As Hellmich noted: “Establishing lasting peace and security in Afghanistan remains essential for the international community – as the far reach of the breakdown of order and governance in the region affected all of our countries in the wake of the September 11 terrorist attacks.”

The Defence and Security Committee follows the evolution of the security environment in Afghanistan very closely, reporting on security sector reform and other government sector reform and progress twice annually throughout NATO’s ISAF and now Resolute Support missions.

Originally mandated to last only two years after the end of NATO’s ISAF mission in 2014, it became clear over the last two years of increasing insurgent levels of violence in Afghanistan that the Alliance’s train, advise, and assist mission would need to remain and continue efforts to bring peace and stability.

US Secretary of State, John Kerry declared at the 20 May foreign minister’s meeting that the United States would maintain a presence of at least 5,500 military personnel in Afghanistan in 2017, 3,400 of which will be assigned to Resolute Support Mission. Following NATO’s Warsaw Summit in July Allies and their partners are likely to confirm their exact levels of force contribution. The maintenance of Resolute Support Mission into 2017 would signal Allies are making the withdrawal of their military forces in Afghanistan conditions-based, rather than calendar-based. The surge in violence since the end of NATO’s ISAF mission has proven a significant challenge for Afghanistan’s still developing national defence forces, as 2015 witnessed a record high casualty rate among Afghan military personnel and civilian population. The deaths are linked both to a surge in Taliban-led operations since the end of the ISAF mission, as well as the continued lack of capacity of the Afghan security forces to defend the country independently. Hellmich told the Committee “it is important to remain steadfast in our commitment to Afghanistan in its difficult transitional period – not only in light of the considerable blood and treasure that we have all already invested in the region, but also for the sake of the long-suffering Afghan people, who have the right to live in peace and believe in their future.”

The Defence and Security Committee indicated its desire to continue reporting on developments in Afghanistan. The Committee will convene again from 19-20 November in Istanbul, Turkey to adopt the final Special Report on Afghanistan.