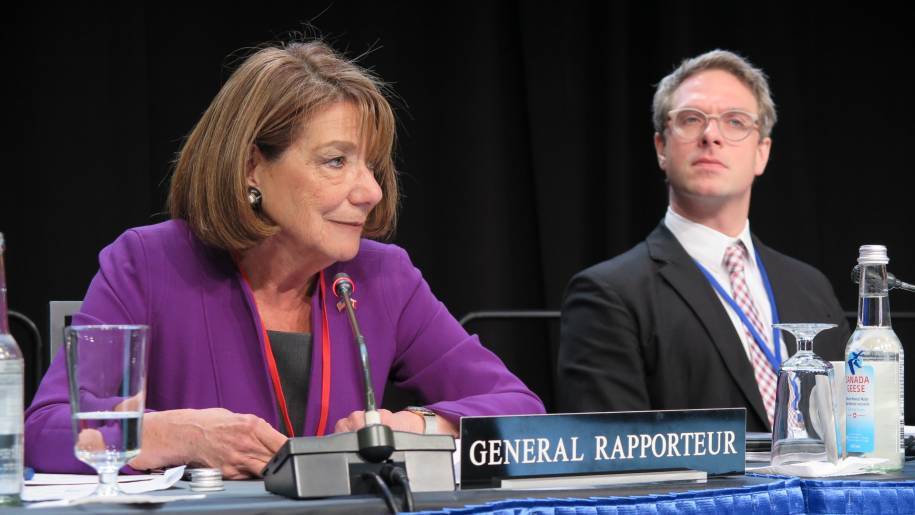 Halifax, Canada, 18 November 2018 – Lawmakers from the NATO Parliamentary Assembly on Sunday denounced Russia’s targeting of elections and other attempts to destabilise Western democracies, calling for stronger Alliance action to defend against such hybrid threats.

“Russia continues to use cyber and information operations to meddle in our elections and referenda,’’ said US Congresswoman Susan Davis. “Like a vicious virus, disinformation campaigns and cyber-attacks have exploited our weaknesses and vulnerabilities in order to undermine our democratic systems.”

Meeting in Halifax for the NATO PA’s Annual Session, the legislators from across the Alliance adopted a series of policy recommendations for Allied governments designed to build resilience in Western democracies against election meddling and other hybrid threats.

They called for NATO to consider the possibility of adopting a new Strategic Concept that takes into account the Russian hybrid threat, and to reinforce the message that hybrid attacks can trigger the Allies’ right to collective defence.

“Our societies can resist the Russian hybrid threat,” said Lord Jopling, from the British Parliament. “We should not let Moscow challenge our collective vision of Europe that is whole, free and at peace.”

NATO PA members voted to back a resolution presented by Jopling that called on Allies to consider more targeted sanctions against Russia in the wake of a fatal chemical attack in the English city of Salisbury and other hybrid attacks.

A separate resolution drafted by Davis suggested election infrastructure should be designated as critical, like communications or energy networks, to allow for greater collaboration across security services to protect it against cyber-attacks. The resolution also calls for enhanced partnerships with the private sector to tackle election interference via social media platforms.

“It’s not this huge thing that is taking over the internet,” he said. “It’s a number of people that are sitting at a keyboard and they are infinitely defeatable.”