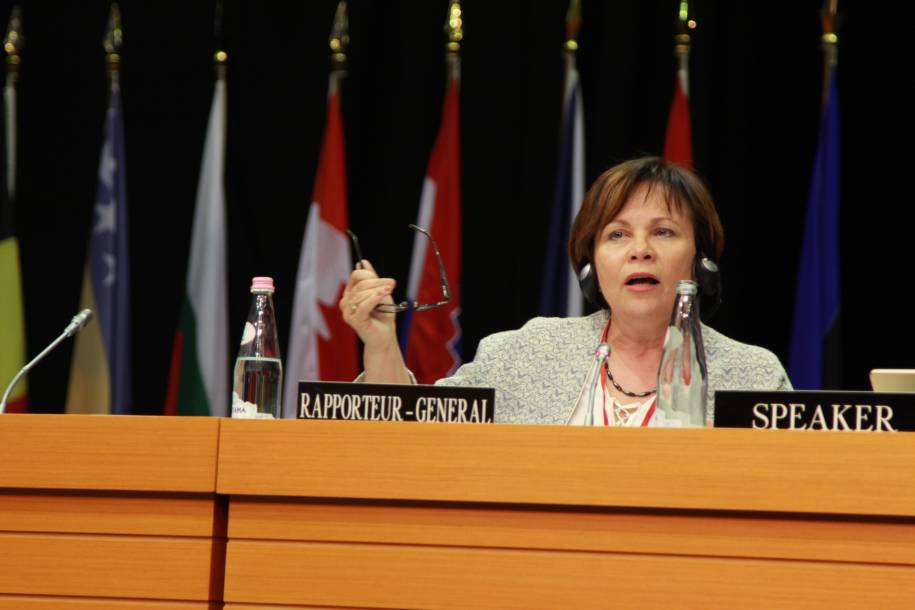 Tirana, Sunday May 29, 2016 – Several of NATO’s member nations are still not living up to their pledge to boost defence budgets almost two years after the Wales Summit and must do more as Alliance leaders meet in Warsaw in July given that Russia is increasing military spending, lawmakers and experts said on Sunday.

Despite an agreement in Wales to hike defence budgets to at least two percent of Gross Domestic Product by 2024, only five of the 28 allies are at or above the benchmark, and the United States has become increasingly vocal about the lack of burden sharing, as it pays the lion’s share of NATO’s budget.

The current state of defence spending among the allies is far from the objective of two percent, French lawmaker Jean-Marie Bockel, author of a draft report on the security implications of defence spending, said at the NATO Parliamentary Assembly’s Spring Session in Albania.

His report shows that only Britain, Estonia, Greece, Poland and the United States are standing by their commitments in Wales.

The security landscape is changing rapidly and our armed forces need sufficient resources to be able to adapt,” Bockel told the NATO PA Economics and Security Committee. “We have to take on the challenge of new technologies, to follow the changes and new kinds of warfare.Missile and air defence, force projection, drones, counter-propaganda efforts and cyberdefence were highlighted as areas where funds are lacking.

Albanian Defence Minister Mimi Kodheli, whose relatively small, economically modest country is hosting the four-day session, said that Albania has turned around seven years of defence cuts to increase its budget for 2016 by 12 percent in real terms.

Albania’s top military officer, Major General Jeronim Bazo, told the Assembly’s Defence and Security Committee that he expected the navy to be in a strong position over the next decade to fully control the long coastline and for the army to be able to move forces into combat more efficiently.

Lawmakers also underlined the way threats facing the Alliance have evolved in the two years between its summits. Russia’s more assertive stance in Eastern Europe, declaring NATO an adversary, requires careful consideration in terms of spending, but also a demonstration of political resolve.

At the same time, the conflict in Syria – again with Russia’s participation – has fostered an increase in terrorism and a refugee emergency that has seen European nations divided in their response.

“Along its eastern flank, NATO is dealing with a revisionist and military resurgent Russia,” Canadian lawmaker Joseph Day said. “To the south, a wide zone of armed conflicts and instability has drawn in foreign fighters from many NATO countries. Non-state armed groups have seized territory, escalated local violence and exported their ideologies and terror globally.” A draft report Day is supervising urges greater solidarity and unity among allies to address the challenges, as well as a collective push on intelligence sharing and deeper partnerships, for example with countries neighbouring Libya.

It also underlines the importance of keeping NATO’s door open to new members just as Montenegro is invited to the Alliance’s table.

Looking ahead to Warsaw, Lithuanian lawmaker Rasa Jukneviciene emphasised the importance of NATO remaining united and displaying a “realistic and firm” stance toward Russia.

Russia’s actions, its policies towards its neighbours and the Alliance are at the core of instability that we currently face,” she told the NATO PA Political Committee. “Maintaining unity is not easy and we can expect that the Kremlin will try to divide us wherever it sees an opportunity to do so.