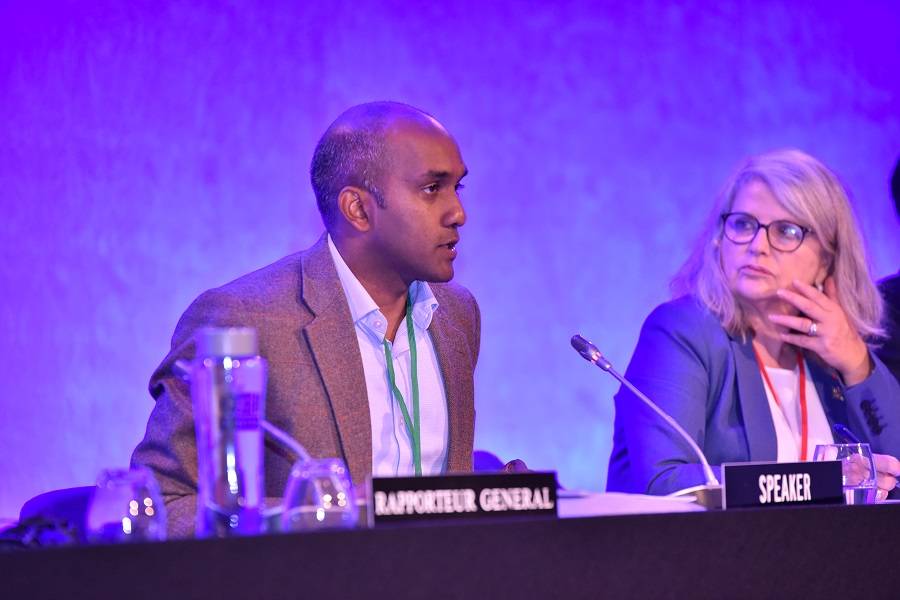 “To keep NATO's southern Allies safe, it is of crucial importance that the Alliance is better aware of the security-relevant developments in Sub-Saharan Africa,” said Julio Miranda Calha, the Portuguese lawmaker who drafted a resolution on African security challenges that was set for adoption at the NATO PA’s annual session in London.

“We also need to consider additional measures to improve stability at NATO’s southern flank and I believe that there are signs of increased recognition among Allies that NATO must improve its engagement in Africa,” Miranda Calha added.

The draft resolution urges Allied governments to enhance early-warning capabilities to monitor instability and security in Africa through improved intelligence sharing between NATO and partner countries at the Alliance’s recently created Hub for the South in Naples.

It called for NATO to engage in capacity building through information exchange and training to help nations in the Sahel region counter regional terrorist groups, and recommended Allied nations explore options for a shared NATO-European Union approach on promoting stability in Africa and the Middle East.

African nations could also be invited to join NATO’s Partnership for Peace programme, set up in the 1990s to promote closer political and military ties with countries in the Euro-Atlantic space, the draft resolution said.

The NATO PA’s four-day annual session, held this year in London, looked at several humanitarian and security challenges related to Africa, including the impact of sudden migration and refugee flows triggered by conflict on the continent, and the risk that climate change could further exacerbate conflict and forced population movements.

A report on border security drafted by British lawmaker Lord Jopling said all Euro-Atlantic nations need to reaffirm their commitment to the UN Protocol on providing asylum to people with a well-founded fear of persecution. “National security and a fair asylum policy should be understood as mutually reinforcing rather than mutually exclusive,” he said.

While border management remains, for the most part, a prerogative of national authorities, Jopling stated that “collective action involving NATO should be considered in crisis situations, where military assets such as surveillance capabilities can provide significant value.”

Addressing lawmakers, Sanj Srikanthan, Senior Vice President Europe at the International Rescue Committee, urged Europe to do more to share the responsibility of protecting refugees, pointing out that most are taken in by poor countries.

He also warned that these countries are particularly exposed to the adverse effects of climate change. “In the light of that, the continuing flow, unchecked in some cases, of people to Europe is likely to continue,” Srikanthan said.

Speakers stressed the long-term link between development and security and the importance of development policy in stabilising poorer countries. “This matters to global security because poverty and conflict are correlated,” said Sir Hugh Bayley, Commissioner Independent Commission for Aid Impact and a former President of the NATO PA. “Conflict is most likely in the poorest countries in the world, particularly in Africa”.

In a sign of closer ties, London saw the Pan-African Parliament, a legislative body of the African Union, attend a NATO PA session for the first time.