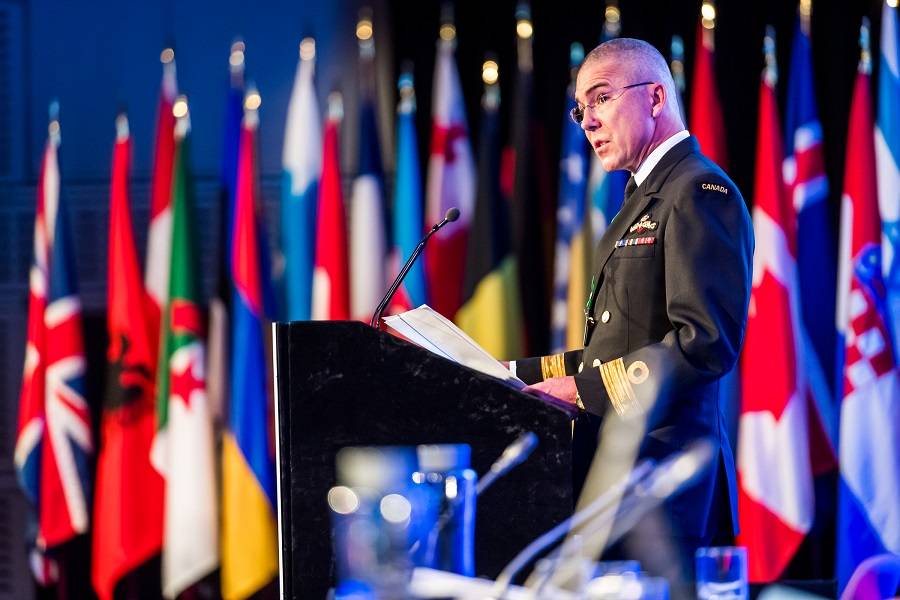 “The Alliance is facing an increased and concrete submarine threat from Russia,” said a draft report authored by Canadian MP Leona Alleslev.

“This threat is not limited to traditional ‘hard security’ threats. It also presents a clear, immediate danger when seen in the light of Russia’s asymmetric and hybrid strategy, which seeks to increase its power, influence, and economic strength and to isolate, undermine, and split the Alliance,” Alleslev added.

Despite the threat, NATO Allies have let their anti-submarine warfare (ASW) capabilities “atrophy to dangerous levels” the draft report cautioned.

“NATO can no longer be in a situation where its ASW capabilities could potentially be overwhelmed. Too much is at stake,” it concluded.

Alleslev’s text was approved by the NATO PA’s Science and Technology Committee on Sunday.

It laid out a path toward rebuilding the full spectrum of ASW assets through investment and modernisation, including through the development of new sensor technologies and the integration of autonomous unmanned vehicles (AUV) into anti-submarine missions.

Alleslev urged Allied governments to make good on a pledge to boost defence spending and said the 20 % of military budgets that is supposed to be earmarked for new equipment acquisitions should include substantial ASW investment, including on maritime patrol aircraft, ASW-capable surface vessels, maritime helicopters, acoustic detection systems and “robust fleets of tactical submarines.”

The Alliance must also increase its focus on threats against undersea cable networks.

“Any adversary’s ability to deny or delay reinforcement from crossing the Atlantic Ocean, would strike at the very heart of the Alliance’s collective ability to deter and defend against any threats,” he said. “Russia is increasingly challenging Allies’ ability to command and control this strategic blue water space.”

Soames noted that after years of waning attention on the issue, NATO has recently begun to rise to the task. Commodore Marcel Hallé, Deputy Chief of Staff Plans at Allied Maritime Command, agreed that recent and ongoing steps by NATO Allies to develop a more robust maritime command structure as well as acquiring stronger capabilities and holding more seaborne exercises were strengthening the Alliance position.

“NATO has seized on the problem and is looking to rapidly close the gap from where we once were, putting the Alliance on course to ensure we are able to meet current and future military challenges,” Hallé told the Assembly’s Defence and Security Committee.

Speakers underlined the importance of mobilising new technologies in the development of maritime capabilities, notably the use of autonomous vehicles, and enhanced maritime surveillance and communication systems.

“There are certain missions that unmanned systems could be really cost-effective at doing […] dull, dirty and dangerous jobs,” said Catherine Warner, Director, Centre for Maritime Research and Experimentation at the NATO Science and Technology Organization.

Among further actions recommended by Soames were the development of more Allied bases in and around the North Atlantic; greater investment in naval capabilities, particularly advanced maritime patrol aircraft and other anti-submarine assets; and infrastructure modernisation in Europe to facilitate the arrival of US and Canadian forces and equipment if necessary.

The recommendations were included in a draft report on North-Atlantic security expected to be adopted by the NATO PA on Monday.