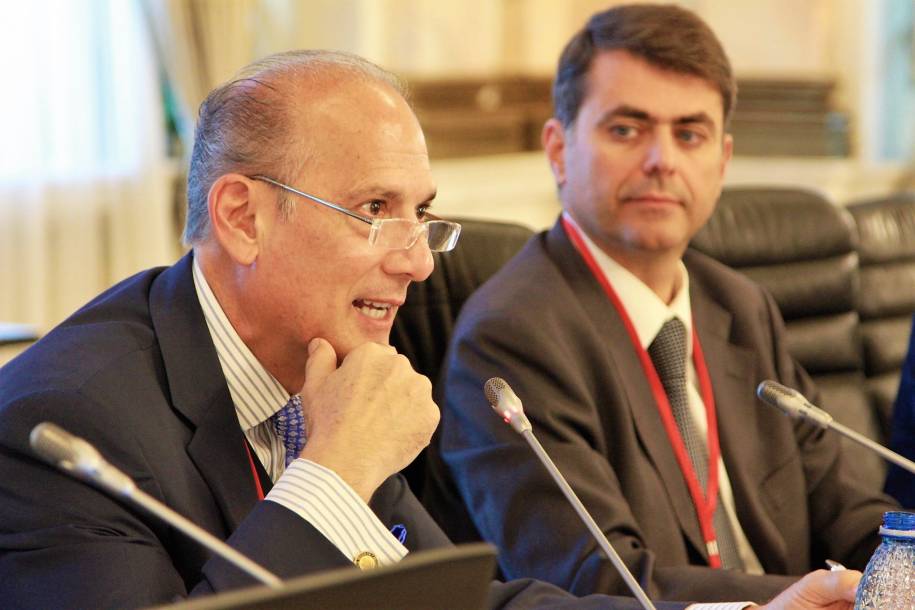 Bucharest, 9 October 2017 – NATO’s defence technological edge is at risk and the allies must adapt to the changing environment and invest or face the prospect that the industry could die out within decades, experts and lawmakers warned allied governments.
Faced with an era of rapid technological change, driven by private industry, new technologies are emerging with the potential to change the defence landscape and disrupt the global strategic balance, members of the NATO Parliamentary Assembly’s Science and Technology Committee were told.
“NATO’s technological edge is eroding and we must do something about it,” said US lawmaker Thomas Marino. “Our armed forces often struggle to keep up with the pace of innovation,” he said, emphasizing the need for allies to live up to their defence spending pledges of moving toward two percent of GDP.
“You need to think differently. You need to act differently. We need to use tools differently. All of this represents cultural change.” Tim Webb, head of NATO’s Capability Delivery Section, Strategy Directorate, Defense Investment Division said Sunday during the NATO PA Annual Session in Bucharest.
“It’s time to embrace the technological revolution of our time, and it’s time for us to remain relevant,” he said, underlining the need to reassess the way defense investment decisions are made and the many years it takes for new projects to actually see the light of day.
Martin Hill, chairman of the NATO Industrial Advisory Group, urged governments to harmonize their tech requirements and not to be too defensive of national industries as this will only drive up costs.
Beyond losing its tech edge by failing to invest, NATO actually risks losing much more, he warned.
“Not only will you not have anything but you will have no basis on which to create anything. The industry will have disappeared,” Hill said.
NATO’s Chief Scientist, Thomas H. Killion, said that the private sector is leading the tech revolution, and paying such high salaries to scientists that governments simply cannot compete, so it’s important to follow that lead and adapt to what is on offer.
“We have to change our strategy, in terms of how we drive what’s going on in technology to suit the military’s needs and address our capability shortfalls,” he said. “Industry has to be a key partner in helping us bring those new technologies on board, and insert them and upgrade them.”
In a resolution, the parliamentarians urged NATO governments to respect their commitment to spend more than 20 percent of their defence budgets on major equipment, including related to research and development.
Allies are also encouraged to share more information about defence R&D and any innovation initiatives, while the European Union is called on to adopt and implement an ambitious European Defence Fund and engage with NATO to ensure that the money will complement and not duplicate efforts.