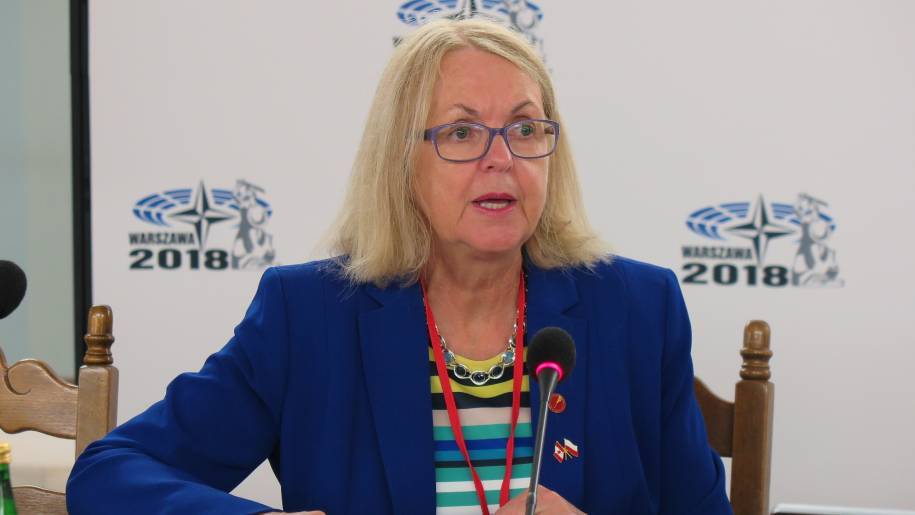 Warsaw, 26 May 2018 – NATO nations were urged Saturday to send trainers to bolster the Iraqi armed forces to ensure Daesh extremists do not regain a foothold in the conflict-ravaged country, as part of the Alliance’s efforts to tackle terrorism coming from the Middle East and Northern Africa.

NATO leaders are expected to unveil an expanded training effort involving hundreds of personnel at their July summit in Brussels.  The additional efforts would help build up Iraq’s military schools and academies.

Presenting a draft report on instability along NATO’s southern flank at the NATO PA Spring Session in Warsaw, Portuguese lawmaker Julio Miranda Calha told the NATO Parliamentary Assembly’s Political Committee that both the training effort in Iraq, and a Middle East monitoring hub in southern Italy “need to be sufficiently resourced.”

Mr. Miranda Calha urged the lawmakers to “raise this issue in your national parliaments and call upon your peers to provide the necessary material, personnel and financial resources.”

The draft report also shines light on the main factors of instability in North Africa, which has become a base of operations to several extremist groups.

The report draws attention to food scarcity and developments in the Sahel, along with climate change and poverty, as the principal drivers of the migration of many thousands of people to Europe in search of better lives. In her draft report on NATO and civil protection, Senator Jane Cordy (Canada) urged the Allies to do more to support development of adequate search and rescue capabilities in the Mediterranean. Speaking to the Committee on the Civil Dimension of Security, Fabrice Leggeri emphasised the need for civilian and military cooperation, and said that his agency and NATO are exploring ways to work together on risk analysis in the field of migration and security.

He cautioned that drugs and weapons trafficking continues into Europe via those states bordering the Western Balkans. Continued trafficking through the Western Balkans was also raised in a draft report by Senator Raynell Andreychuk (Canada). The Canadian parliamentarian noted the considerable progress made by countries towards integration into Euro-Atlantic institutions since the former Yugoslavia broke apart in the 1990s. Still, Andreychuk warned that NATO and the EU must not divert their attention from the region.

Her draft report notes that reform moves, driven by the prospect of closer Euro-Atlantic ties, cannot be taken for granted, as anti-democratic forces could fill any leadership vacuum, with alarming repercussions for European security writ large. Both organisations must show that their door remains open, she stressed.

The need to stay the course in Afghanistan, where NATO took command of international security efforts in 2003, will be discussed Sunday in the Defence and Security Committee, in debate on a draft report on the nexus between local and regional security.

The draft report, by German parliamentarian Wolfgang Hellmich, emphasises the crucial role played by neighbours like Pakistan, which is under pressure from the United States to stop providing a safe haven for the Taliban and other extremists from which to launch attacks over the border.