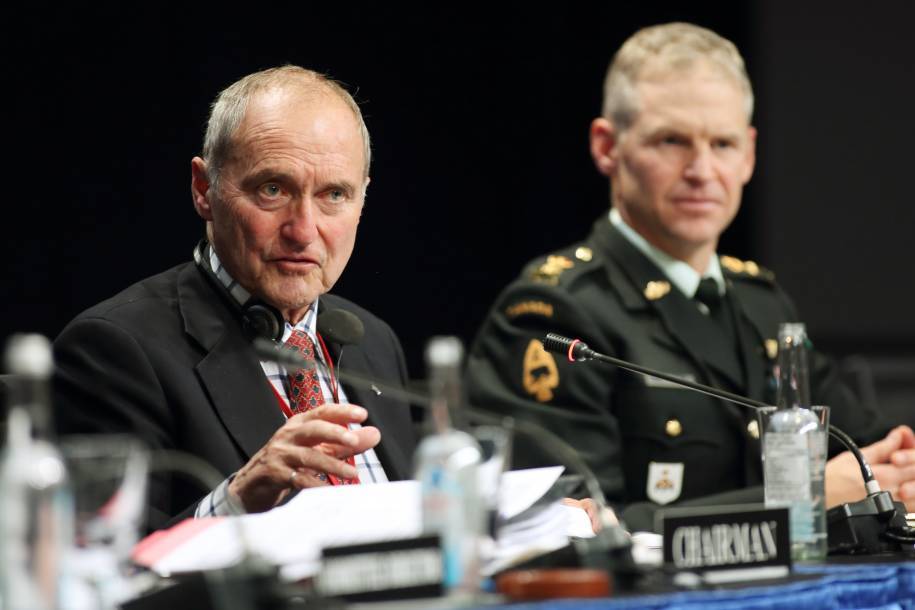 Halifax, Canada, 18 November 2018 – Faced with Russian military aggression, cyber-attacks, and election interference, NATO must ensure its military battalions in the Baltic States and Poland remain on a readiness footing and can be sustained longer term, parliamentarians and experts said Sunday.

“Russia’s brinkmanship,” Canadian Senator Joseph A. Day said at the NATO PA Annual Session “is a threat to European security. It is especially concerning for NATO members like Poland, Latvia, Lithuania and Estonia which previously suffered under Russian occupation.

“We must work with our partners to help them push back against any attempts to undermine peace and security,” Day told the NATO PA Defence and Security Committee in Halifax, Canada.

Eastern allies face significant conventional military and hybrid threats from their regional neighbour at a time when NATO-Russia relations at their lowest ebb since the Cold War. Allies have deployed four multinational battalions to the region in response.

In a draft resolution, lawmakers recommend allies “continue to ensure the sustainability and readiness” of this Enhanced Forward Presence. Military mobility must be improved through better NATO-EU cooperation, and deployment times should be sped up and supply lines secured.

It calls for an early warning system to detect any incursion into the Suwalki Corridor; a stretch of land inside Poland that sits between Belarus and Russia’s far-west enclave of Kaliningrad. Should Russia drive tanks through there, it could cut the Baltics States off from their allies.

The parliamentarians were also updated about tensions between the US and Russia over the 1987 Intermediate-range Nuclear Forces Treaty. US President Donald Trump has threatened to walk away from the INF treaty, accusing Russia of violating the pact with its new SSC8 missile system.

European allies say the pact is a cornerstone of international security and should be respected.

Brookes said the system “beyond being a military threat, is also a challenge to the political unity of NATO,” he said. “The INF treaty issue could provide Russia with the added benefit of straining Alliance cohesion.” He also informed the committee about China’s missile advances.

The Cold War-era pact between Washington and Moscow bans all land-based and cruise missiles with a range between 500 and 5,500 kilometers. Russia insists that it is in compliance.