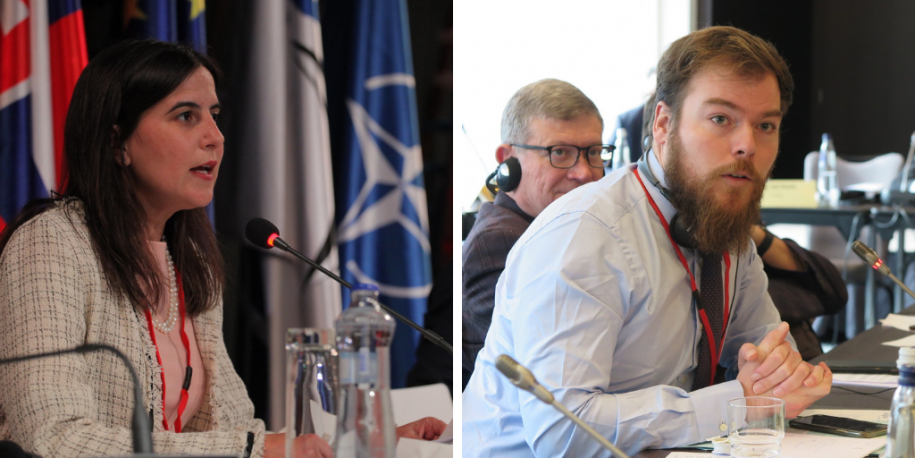 NATO countries and parliamentarians must strengthen cooperation with the Alliance’s strategic partners around the world to bolster their security forces and institutions, and help to reinforce the rule of law in the Western Balkans, legislators said Saturday.

In a draft report examined at the NATO Parliamentary Assembly’s 66th Annual Session, legislators in the Defence and Security Committee debated the need to throw their weight behind NATO’s Defence Capacity Building (DCB) initiatives and offer a programme to Ukraine.

NATO has so far granted DCBs to Georgia, Iraq, Jordan, the Republic of Moldova and Tunisia. The packages provide strategic advice, force training and special assistance on things like maintaining and deploying specific military equipment.

Portuguese legislator Lara Martinho, who drafted the report, urged the assembly to back the programmes but also for parliamentarians to use their deep personal knowledge and expertise to provide added-value contributions.

“Clear and present dangers proliferate around the Alliance’s neighbourhood, ranging from Russia’s incursions in Georgia and Ukraine to the ongoing conflicts in Syria and Libya,” she told the Committee.

“We are well-positioned to share best practices on parliamentary oversight of the armed forces. A nation’s military forces should serve the interests of all the citizens and, in their composition, reflect the diversity of the nation,” she said.

The draft report urges NATO governments to be more transparent about their bilateral security assistance to countries with DCB packages because the programs could be made more efficient and avoid unnecessary duplication by sharing more information.

It also recommends expanding security cooperation with Georgia as it continues to seek NATO membership, and strengthening the partnership with Jordan, which is an oasis of stability in the volatile Middle East region. It also recommends a future package for Ukraine, which could help it better cope with the hybrid warfare threat from Russia.

In a draft report on challenges to peace and security in the Western Balkans, compiled by French parliamentarian Jean-Charles Larsonneur, NATO countries were urged to help advance talks between Belgrade and Pristina and overcome the political impasse in Bosnia and Herzegovina.

Addressing the Committee, Greek Defence Minister Nikolaos Panagiotopoulos said that security in the region must be built on the prospect of NATO and European Union membership for Western Balkans countries.

Panagiotopoulos said that when this perspective is assured “the future will be brighter and more secure for all those countries involved in that region of the world which has seen its fair share of troubles and strife.”

The draft report notes some progress in the Belgrade-Pristina dialogue, but says that the unresolved issues remain the biggest long-term security challenge to the region. Bosnia and Herzegovina, meanwhile, continues to be wracked by political, economic and societal gridlock 25 years after the Dayton Peace Accords were sealed.

It also highlights the vulnerability of the region to external actors like Russia and China as they try to undermine the ideals and agenda of the Euro-Atlantic community. Russia notably is trying to drive a wedge between NATO allies, while China is investing massively and using its economic influence to expand security cooperation.

The draft report focuses in particular on worrying trends throughout the region such as weak state institutions, the undercutting of democracy and the rule of law, combined with the plague of corruption.

“NATO Parliamentarians can do their part to get behind efforts by the Euro-Atlantic institutions to implement a strong, fair, and inclusive rule of law in the region. We must, however, have willing and able partners in the region to do so,” Larsonneur told the Committee.