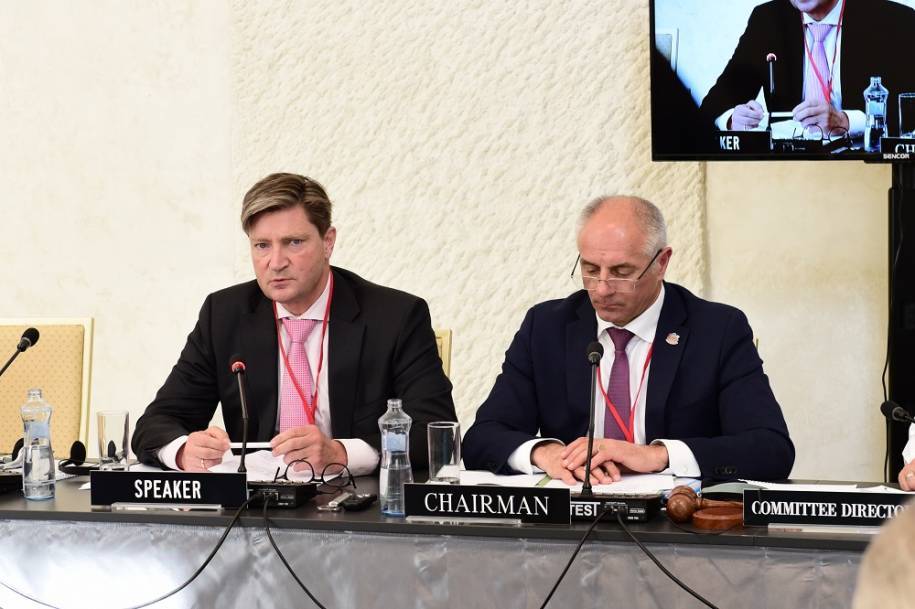 NATO nations must build resilience against the threat of future pandemics including through investment to protect economies, intensified international cooperation, and efforts to avoid overdependence on “strategic rivals” such as China, lawmakers from across the Alliance said Saturday.
A draft resolution from the NATO Parliamentary Assembly urged Alliance governments “to acknowledge that failing to hedge against the likelihood of future pandemics could be catastrophic.”

The resolution, drafted by Norwegian lawmaker Christian Tybring-Gjedde, was unanimously adopted by the NATO PA’s Economics and Security Committee at the Assembly’s Annual Session, held online this year due to the COVID-19 pandemic.

NATO nations should maintain defence spending targets to make sure they can protect against geopolitical threats which risk being exacerbated by the pandemic and its economic fallout. Extra efforts should be made to enhance cybersecurity and military mobility, both of which are essential in health emergencies.

The draft resolution warns that Allied countries are “overly dependent on strategic rivals like China in several critical medical and high technology sectors and that foreign investment in Western firms represents one means by which these countries potentially put vital supply chains at risk.” That overreliance should be countered by greater monitoring of foreign investments in critical strategic sectors.

In a separate presentation on the implications of China’s Belt and Road Initiative (BRI) to develop global economic corridors, Tybring-Gjedde recognised that “individual elements” of the initiative “might make good commercial sense”, but he cautioned “there should be no mistake that elements of the BRI and China’s related foreign policies pose a challenge to Western values.”

In reply, “NATO members should ultimately agree on a strategy for responding to this challenge” that should include a coordinated transatlantic position on technology transfers and the security of strategic sectors such as 5G communications, plus enhanced vigilance on China’s ambitions in regions such as the Arctic and the Western Balkans.