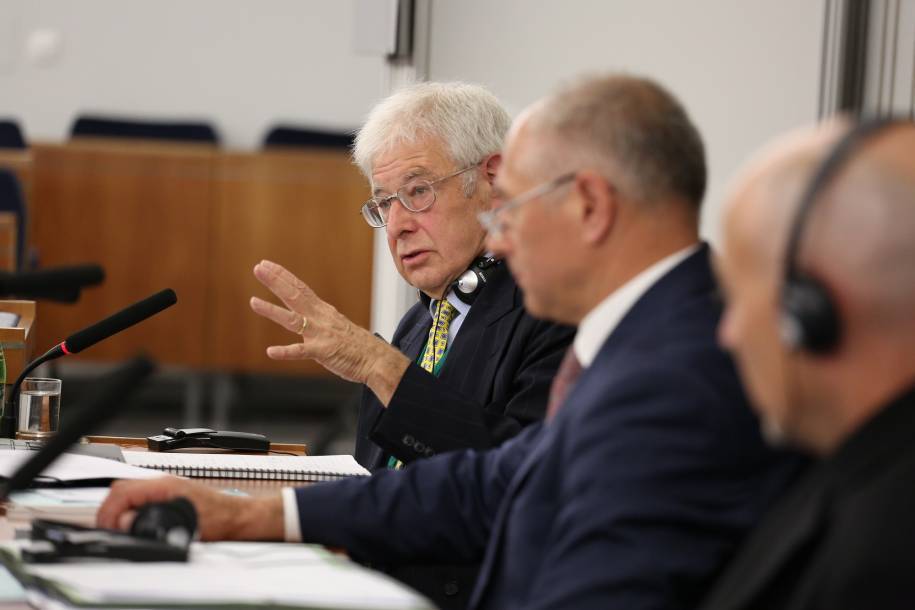 Warsaw, 26 May 2018 – NATO nations were urged Saturday not to fall into the trap of trade protectionism amid warnings that the Alliance’s long-term success depends on the ability of member states to maintain vibrant economies and calmly resolve commercial disputes.

With global trade talks stalled, and countries stepping back from multinational trade agreements, Turkish lawmaker Faik Oztrak argued in the draft report that trade remains a win-win proposition, during debate at during the NATO Parliamentary Assembly’s Spring Session in Poland.

“There is still ample room for tough negotiations. But we have to be very cognizant that ‘the baby is not thrown out with bath water’,” Mr Oztrak told the assembly’s Economics and Security Committee in the capital Warsaw.

Tensions have risen between some Allies over the threat of steel and aluminum tariffs, and possibly on cars too, while European allies work to keep an economic lifeline open for Iran so the international agreement limiting its nuclear ambitions does not collapse.

Oztrak’s draft report warns of the high cost of trade protectionism – in the past it was even a catalyst for war – and he insisted: “We do not want to go down that path again.”

“Our Alliance’s long-term success hinges not only on our military readiness and shared values, but also our capacity to maintain vibrant economies and to resolve economic disputes in a calm and effective manner,” he said.

Allies were urged to focus on more pressing challenges and hammer out common policies to deal with things like China’s violation of intellectual property norms.

University of Sussex Professor of Economics, Alan Winter, said that citizens are becoming negative about trade because it seems to focus on markets rather than values, and that many people believe it is of more benefit to foreigners or big corporate interests.

“Populists are fomenting suspicion based on this rather flawed narrative,” Mr Winter said.

He also noted that the World Trade Organization is under great threat, in part, because the United States seems to have lost interest in the global trading order and the Europeans have not been able to sustain its momentum.

“The WTO is being undermined at the moment. The system is 70 years old, which has generated so much prosperity that everybody in the world wants to join, actually now is rather a fragile situation,” he said.

Winter noted that the way to get international trade regimes back on their feet is through regulation rather than the introduction of tariffs, and he said that while he has become increasingly alarmed by the growing uncertainty, “it is not quite time to panic. We really do need to keep calm.”