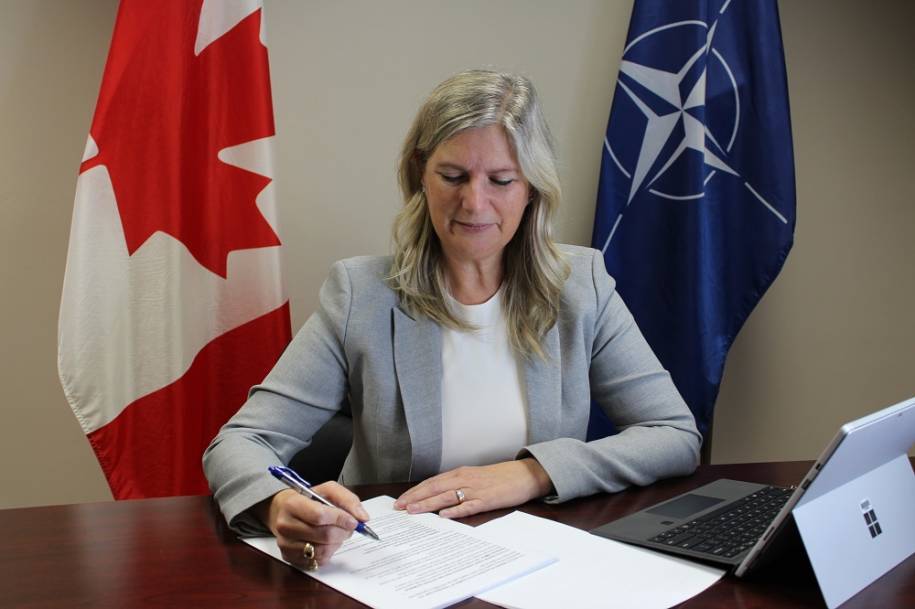 NATO nations were warned Saturday that security threats like terrorism, cyber-attacks, and challenges posed by actors such as China and Russia have not eased during the coronavirus pandemic and that they must resist the temptation to cut defence budgets.

In a debate on a draft resolution and draft report tabled at the NATO Parliamentary Assembly’s 66th Annual Session, legislators and experts weighed the weaknesses exposed by the virus at a time when people are focused on their health, jobs and national economies.

The texts, on defence innovation, argue that NATO’s technological edge has been pivotal to maintaining peace and stability in Europe and North America, and that even the coronavirus must not divert the Alliance from remaining agile in the tech race.

“Cutting defence spending during this pivotal period would be a severe mistake,” Canadian parliamentarian Leona Alleslev told the Science and Technology Committee. “If anything, NATO’s collective defence must be strengthened, and our nations made more resilient.”

Robert Murray, Head of Innovation at NATO’s Emerging Security Challenges Division, underscored that right now Allies are “in a technological adoption race, rather than a technological development race.”

“It will not necessarily be those with the best technology who win this race, but those with the most agile bureaucracies and organisations,” Murray said.
He urged Allies not to rely on tax revenue alone and said that other “creative financing mechanisms” including public sector defence grants and venture capital funds must be found to fuel technological development.

Murray noted that tech giants like Facebook, Google and Amazon others spent USD 29 billion on research and development in the first quarter of this year - an annual rise of 17% - more than NASA’s entire 2020 budget.

The draft resolution, compiled by Alleslev and set to be adopted at Monday’s Plenary Session, urges NATO governments to implement their pledge to spend 2% of GDP on their military budgets and to ensure that COVID-19 recovery plans will not slash funding on defence innovation.

In particular, governments and parliaments should focus on investment in the biotech sector covering testing, response and resilience capacities. They should also encourage the development of defence innovation hubs of think-tanks, experts and start-ups.

The text encourages more risk-taking in defence innovation, saying that while it can lead to occasional failures, it often unlocks truly revolutionary technologies. Governments are urged to encourage public-private partnerships, notably by cutting bureaucratic red tape.

Moreover, it stresses that NATO countries and parliaments must leverage their intellectual capital and research capacity to the maximum effect, notably by boosting the presence of women and young people in the science and technology and defence innovation fields.

“Our adversaries are increasingly flexible and agile, leveraging their technological assets to generate chaos, destruction and disruption within NATO’s ranks,” Alleslev said. She noted that some might argue it would be best to cut defence spending now and invest elsewhere but said: “That is exactly the opportunity our adversaries are waiting for.”