NATO naval buildup in the Atlantic continues at pace, politicians and experts say 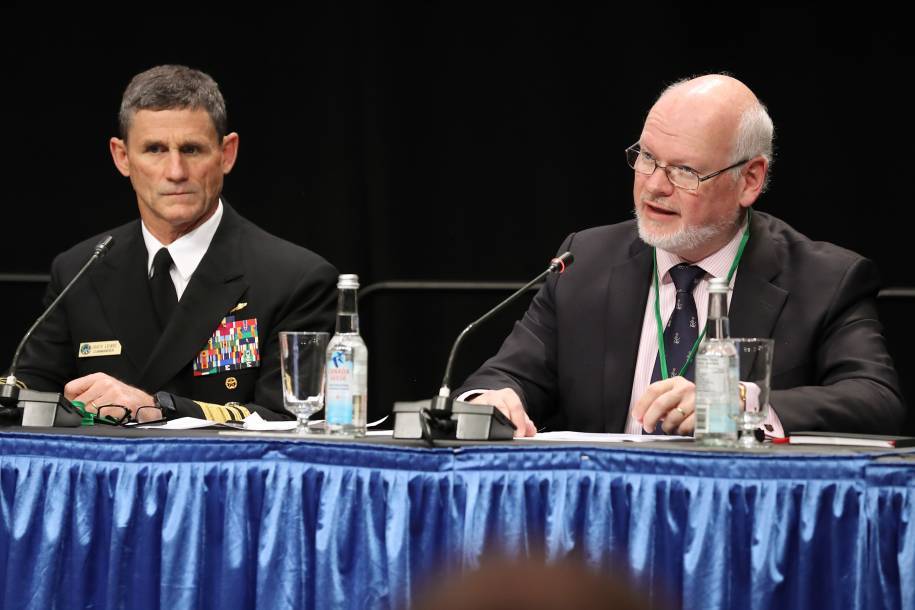 Halifax, Canada, 17 November 2018 – The Atlantic Ocean symbolises NATO unity and allies are beefing up naval operations in its waters to deter an increasingly adventurous Russia, whose ships pose potential threats to supply lines to Europe, undersea cables and telecommunications, parliamentarians from NATO nations were told Saturday.

Speaking at the NATO Parliamentary Assembly’s Annual Session in Halifax, Canada, political and military experts underlined the Atlantic’s role as a bridge connecting allies, a major waterway for maritime traffic and a highway for IT and data; and of protecting this natural asset.

“Striking the connective tissue of the Atlantic is more than military; it is political as well. It sends a strategic message,” James Henry Bergeron, political advisor to the Allied Maritime Command, told members of the NATO PA Defence and Security Committee, in a reference to Russia’s activities there.

Russia’s increased military, and notably naval, activities spurred NATO last year to boost its command structure for the first time since the Cold War. Almost 30 years ago, around 22,000 personnel were working at 33 commands, but numbers were slashed to fewer than 7,000 people and seven commands.

NATO has created two new commands: one to protect sea lanes ferrying troops and equipment across the Atlantic from the United States, based in Norfolk, Virginia, and the other a logistics command in Germany to supervise troop movements in Europe.

Vice Admiral Andrew L. Lewis – Commander of the US Second Fleet and Joint Force Command Norfolk – said that he expects Norfolk to be “fully operational and capable” in 2019. Around 1,200 personnel will work at the new command, as well as at the logistics hub for mainland Europe in Ulm, Germany.

Lewis said that US Defense Secretary James Mattis had given him a succinct order: “be ready to fight so we don’t have to fight” and in that way help to avert a possible World War with Russia.

Canadian Deputy Defence Minister Jody Thomas told the lawmakers that her country – which is hosting the NATO PA’s 64th Annual Session – is replacing its surface naval fleet and some undersea equipment, as well as modernizing patrol ships and the coast guard.

Thomas said that Canada has a very small population – around 37 million people – in a country almost as big as Europe, and that watching over its coast, including the Arctic is a huge challenge.

“We have three coasts. We have a massive coastline to monitor, so the changing conditions in the Arctic – the fact that the ice is melting and it is more accessible and more dangerous at the same time – has made it a priority for the government,” she said.