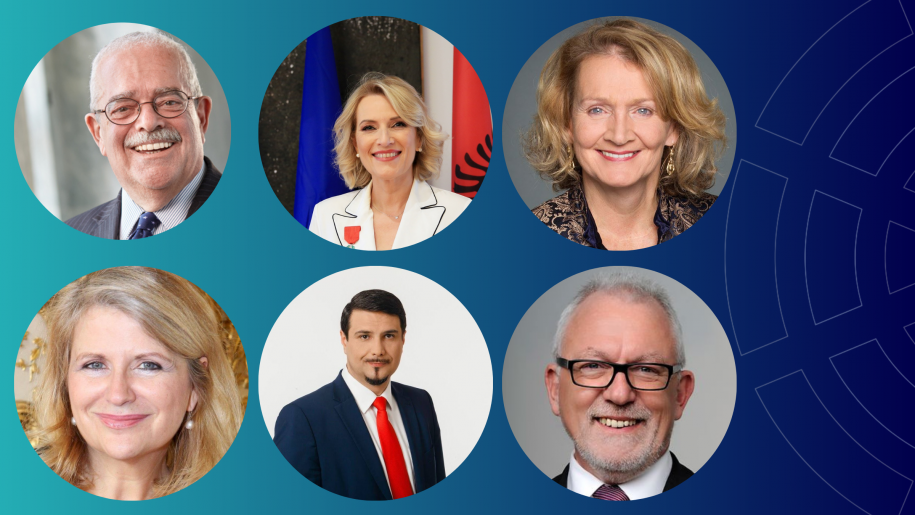 Meeting ahead of the NATO Parliamentary Assembly’s annual joint meeting with the North Atlantic Council, the Assembly’s Bureau reviewed Allied parliaments’ priorities and recommendations in a pivotal year for Alliance adaptation.

As NATO prepares for a Summit of Allied Heads of State and Government, members of the Bureau discussed the Assembly’s input into the NATO 2030 process. They reiterated their call for NATO to revise its Strategic Concept – the Alliance’s guiding strategic document – and to rededicate itself to the Alliance’s founding democratic values.

“NATO stands at a critical juncture,” says NATO PA President Gerald E. Connolly (United States). “As NATO shapes its future, we must ensure that our Assembly’s voice is heard.”

The NATO PA leadership discussed the importance of placing democratic values at the centre of NATO’s future adaptation. The President laid out his recommendation to establish a NATO Center for Democratic Resilience – a recommendation he first made on the occasion of NATO’s 70th anniversary in 2019.

“Democracy, while resilient, is also fragile. It must be constantly strengthened and protected against attempts to undermine it from within or from without,” President Connolly argues. “The democratic values upon which NATO was founded and which have kept it together for over 70 years are our best response and our strongest weapon against China’s and Russia’s authoritarianism.”

“A NATO Center for Democratic Resilience can help show that NATO is serious about defending our democratic model, about the pledge in the Preamble of the NATO Treaty that Allies ‘are determined to safeguard the freedom, common heritage and civilization of their peoples, founded on the principles of democracy, individual liberty and the rule of law.’”

President Connolly also laid out how he and the US delegation to the NATO PA will help the US administration “open a new chapter in transatlantic relations and revive our alliances – starting with NATO.”

The Bureau further discussed recent political crises, including in Belarus, Georgia and Burma/Myanmar, preserving NATO’s technological edge while preventing gaps between Allies through interoperability, as well as other pressing challenges of the day.

Lastly, members prepared for the next week’s annual Joint Committee Meetings, which normally take place in Brussels. Some 150 members will join discussions with NATO leaders, national officials, and key experts on the Alliance’s current and future priorities.

The Meetings will include the annual meeting with the Permanent Representatives to the North Atlantic Council under the joint chairmanship of President Connolly and NATO Secretary General Jens Stoltenberg. These events are not public. There will be no media opportunity.