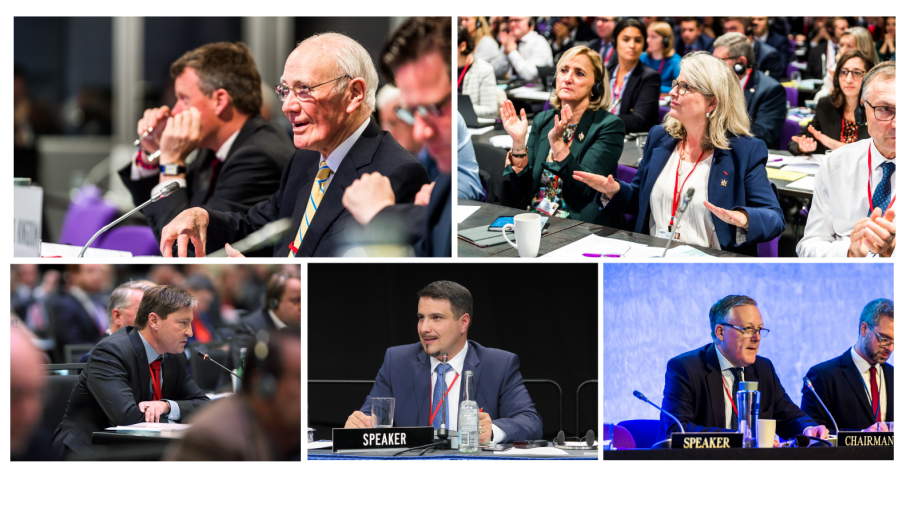 The NATO Parliamentary Assembly (NATO PA) paid tribute Wednesday to the role of Allied forces in combatting COVID-19 and urged enhanced international cooperation, both against the ongoing pandemic and to build resilience to counter risks of future health emergencies.

“Hundreds of critical missions have been executed by over half a million men and women in our Allied armed forces,” said Attila Mesterhazy, the Assembly’s President. “These efforts by Allied armed forces to assist national health institutions helped mitigate the impact of the pandemic and saved countless lives.”

“Allies demonstrated to the world that NATO remains strong and united in purpose,” the Hungarian lawmaker concluded on the opening day of the NATO PA’s annual assembly, which was being held online because of the coronavirus.

At a special meeting to debate the pandemic and recommend Alliance action, lawmakers praised Allied forces for helping contain the second wave of the pandemic, without any weakening of their core function of maintaining a credible and strong defence and deterrence posture.

Virus-related disinformation campaigns – particularly from Russia and China – were highlighted as a particular threat.

“The pandemic has seen disinformation campaigns go into overdrive. A key goal of truth dislocation by Moscow and Beijing is to undermine Allied interests and unity of purpose and understanding,” said a draft report authored by President Mesterhazy due to be adopted during the session. “Allies must not let this happen.”

Lawmakers insisted the pandemic’s economic impact must not weaken NATO efforts to strengthen defence commitments at a time of international uncertainty. In particular, they said Allied governments should reiterate a commitment to spend at least 2% of GDP on defence.

“In the post-COVID period, the global security environment is likely to be characterised by increased geopolitical competition,” cautioned British parliamentarian Lord Campbell of Pittenweem. “It is of vital importance that Alliance members retain adequate levels of funding for defence and security. In this, NATO Parliamentarians, like ourselves, have an essential role to play.”

Looking ahead, NATO Allies should seek greater multilateral cooperation to prepare for future health emergencies and use the NATO 2030 reflection process on Alliance adaptation to strengthen preparedness against a range of potential crises beyond traditional military threats.

“Even if this crisis is not over, we have to already learn lessons on its management and on the consequences at national and global level,” said French Senator Joëlle Garriaud-Maylam. “Coordination and cooperation are the best ways to respond to the current crisis, but also to better prepare and develop resilience for future crises, at national and Alliance level.”

NATO governments were warned not to become overdependent on countries such as China for medical supplies or imports of other critical equipment. Caution was also urged over investments in sensitive infrastructure.

“We should reduce overreliance on a single supplier country of vital medical equipment, particularly when the investing country is considered a strategic rival,” Norwegian parliamentarian Christian Tybring-Gjedde told the meeting.

The pandemic is also an opportunity for NATO to increase the capacity of its science and technology network to bolster defences against bio-threats, including by working more closely with the European Union and other international organisations.

“We need to prepare our nations better and make them more resilient to mitigate the effects of future pandemics,” a report drafted by British lawmaker Kevan Jones. “It is obvious that NATO Allied and Partner nations need to apply the lessons learned, including notions on strategic independence and critical supply chains.”