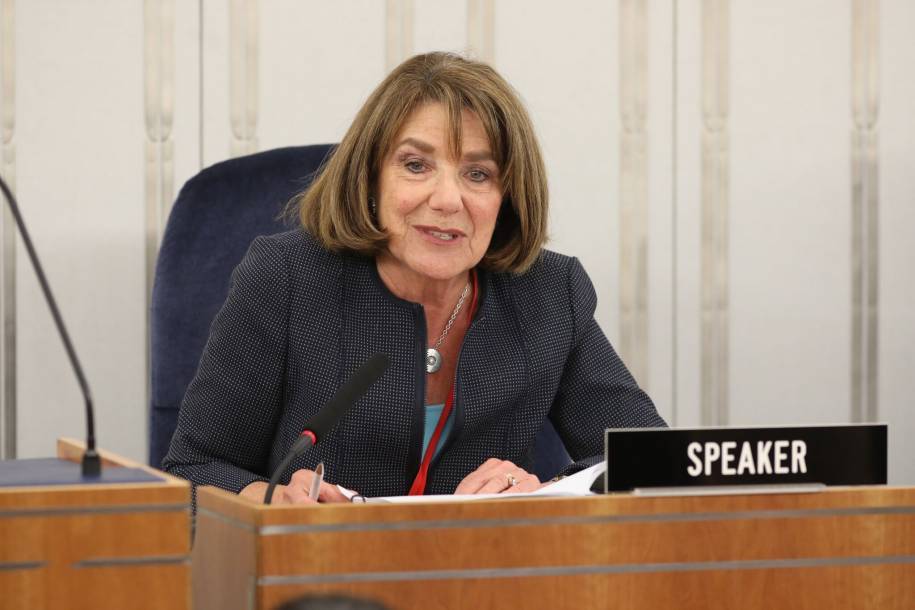 Warsaw, 27 May 2018 – Lawmakers from the NATO Parliamentary Assembly called Sunday for strong measures to counter emerging information technology threats that range from Russian election meddling to terrorist activity on the Dark Web and cyberattacks on critical infrastructure.

“Wars are fought as much on computer screens as with missiles and bombers ... Our democracies might not be threatened by an invading army but by fake stories on Facebook,” said US Congresswoman Susan Davis.

“The malicious use of cybertools imperils almost all our countries. Our political processes have been assaulted. Our voters have been manipulated,” cautioned Davis, author of a draft report on Russian election meddling at the NATO PA Spring Session in Warsaw. “Unless we act, our democracies risk being thrown into turmoil by Moscow.”

Her draft report, discussed in the Assembly’s Science and Technology Committee, recommended strengthening cyber-defences for electoral systems; faster mechanisms to block and respond to attacks; and efforts to build resilience to disinformation. She also urged stronger sanctions to deter election meddling.

Guest expert Sean Kanuck, former US National Intelligence Officer for Cyber Issues, acknowledged that sanctions imposed so far on Russia and North Korea in response to information attacks on the West were insufficient as a deterrence. He said NATO nations had the technical means to hit back, but he cautioned against provoking an escalation.

“NATO members have cyber capabilities that would be able to find and reveal unsavoury information about certain leaders high up in the Russian government,” Mr Kanuck said. “I’d argue that may not be wise ... you could enter an escalatory cycle that you may not end up winning.”

The use of technology by terrorist entities was also spotlighted in Warsaw. A draft report by Slovene lawmaker Matej Tonin warned cryptotechnologies are used by terrorists for command and control, recruitment, acquiring weaponry and financial transactions. He proposed a number of counter measures including: increased cooperation between government agencies and the private sector to track illicit online operations; stepped-up law enforcement and intelligence operations; and more research into enhanced policing of cryptotechnologies.

The ability of the terrorist group known as Islamic State or Daesh to maintain a “virtual caliphate” through online activities after its defeat on the ground in Syria and Iraq was raised in the NATO PA’s Defence and Security Committee. Raffaelo Pantucci, Director of International Security Studies at London’s RUSI think tank, cast doubt on the idea that Daesh’s long-term ability to use the online space to project real world power.

“How long are you able to maintain a virtual organisation as something that mobilises people in the real world if you are not able to demonstrate offline success?” he asked. “We have to be a little bit careful not to get too carried away with their success in generating noise