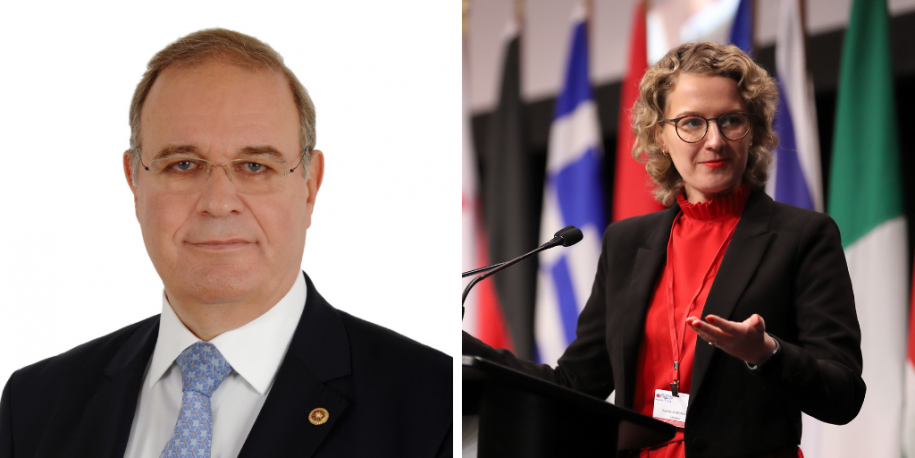 NATO Allies should maintain pressure on Russia to halt its destabilisation efforts around the Black Sea and step up support for partners in the region, lawmakers from the NATO Parliamentary Assembly said Friday during debates looking at key regions on the Alliance’s south-eastern flank.

“Russia has fomented conflict throughout the region,” said Lithuanian lawmaker Ausrine Armonaite, who drafted a report on economic and geo-political tensions in the Black Sea. “NATO member governments and parliaments should maintain the sanctions regime on Russia.”

Her report was adopted this week at the Assembly’s Annual Session, which has been held online due to the COVID-19 pandemic.

The report calls on Allied nations to bolster security in the region, including through countering Moscow’s disinformation campaigns, challenging Russian attempts to restrict access to international waters and supporting expanded energy and transport connectivity.

“NATO needs to reinforce deterrence in the region to protect allied littoral states,” Armonaite’s draft report says. “NATO should also enhance support for key partners like Georgia and Ukraine which, in turn, need to remain focused on genuine democratic reform.”

Friday’s debate in the Assembly’s Economics and Security Committee also examined tensions in the Gulf region and its impact on global energy markets. A draft report presented by Turkish member Faik Oztrak and adopted by the Committee calls for Allies to adopt a more active foreign and security policy in the region.

“Europe and the United States should work together to lower tensions in the Gulf, including fostering reconciliation within the GCC (Cooperation Council for the Arab States of the Gulf) and ensuring that rivalry between Iran and the GCC member countries does not trigger higher levels of conflict,” Oztrak said.

The draft report says European governments will need to deploy more naval assets to the region to defend their own interests and to serve as a full-fledged partner for countries of the region and the United States.

Allies can also help boost Gulf security through training opportunities, support for reform, and backing the region’s transition to more diversified and sustainable energy use.