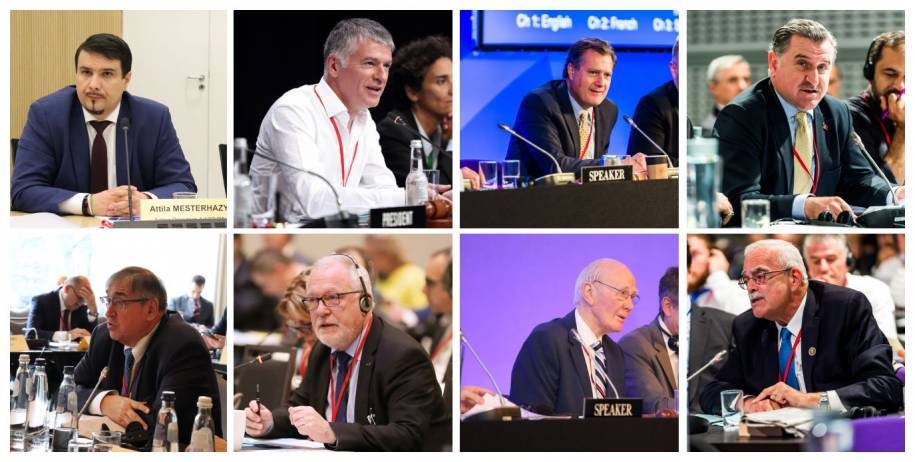 Today, the Bureau of the NATO Parliamentary Assembly (NATO PA) met in its fifth video conference since the coronavirus crisis began to take its toll.

Importantly, members of the Bureau discussed the Assembly’s upcoming activities.

“Despite the many challenges the COVID-19 crisis poses, the NATO PA has fully delivered on its political priorities and provides a valuable platform for parliamentarians from Europe and North America to exchange on issues critical to the Alliance,” stressed NATO PA President Attila Mesterhazy (Hungary). “And we will continue to do so going forward.”
A key priority for the Assembly is the engagement with the NATO2030 initiative.

“The NATO 2030 process offers a genuine and important opportunity to reflect upon current and future challenges, NATO’s priorities, and ways to enhance political dialogue within the Alliance,” President Mesterhazy underlined.

“Since the NATO Secretary General started this process at the end of 2019, NATO2030 has become even more timely and valuable. The Assembly intends to play its full part in the process as an essential link between NATO and the parliaments of the Allied nations, a committed promoter and defender of the values at the heart of the Alliance, and a valuable platform for open and frank political dialogue about transatlantic security.”

The Bureau also took stock of its second round of online Committee meetings which concluded the previous week. In these meetings Allied legislators discussed a number of Committee draft reports on critical issues on the transatlantic agenda, including developments in NATO’s eastern and southern neighbourhoods; Russian military modernisation; China’s rise; the NATO-EU partnership;  and emerging and disruptive technologies. All Assembly draft reports and recordings of Committee meetings are available online.

Ahead of an upcoming meeting of the Standing Committee, the Bureau also discussed internal items of business as the Assembly prepares for the autumn and 2021.