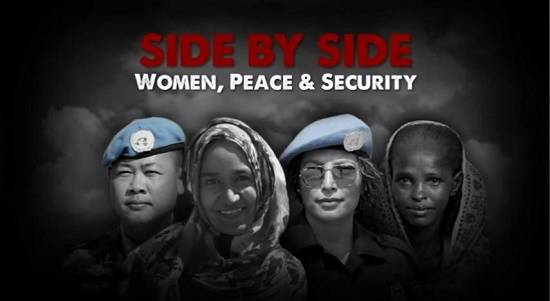 Brussels / Washington, 31 October 2016 - The adoption by the United Nations Security Council of resolution 1325 on Women, Peace and Security, on 31 October 2000 marked a historic recognition of the role of women in support of peace. The NATO PA celebrates the 16th anniversary of this milestone document by launching today a new webpage dedicated to the Assembly’s work in support of the Women, Peace and Security agenda.

Commenting on the significance of UNSCR 1325 and the NATO PA’s role, the Assembly’s President Hon. Michael R. Turner, noted: “UNSCR 1325 recognised first that women face specific kinds of violence in armed conflicts, and second that they should be fully involved in peace processes as equal actors. These principles are directly relevant for NATO and NATO Allies’ defence policies and operations. And our parliaments must play their part in ensuring that our armed forces are at the forefront of these policies.”

The NATO PA has engaged in a systematic and active effort to raise awareness of the importance of incorporating a gender perspective in defence policies since 2007. A key element of this has been the publication of three surveys of national implementation of UNSCR 1325 conducted by the Committee on the Civil Dimension of Security in cooperation with the Geneva Centre for Democratic Control of the Armed Forces, and in close synergy with the NATO Special Representative for Women, Peace and Security. These reports look at issues such as the representation of women in parliamentary functions related to defence and security, legislative measures aimed at facilitating women’s recruitment into the armed forces, or the inclusion of a gender perspective in diplomacy, peace missions, development and humanitarian assistance.

The launch of this special page on the Assembly’s website will highlight – for experts and the general public alike – the many ways in which the NATO PA supports the inclusion of a gender dimension in NATO and national defence policies”, stated David Hobbs, the Assembly’s Secretary General. “Our hope is that it will also help promote awareness and a better understanding of how integrating gender in defence policies can make them more effective and better in line with the values at the heart of our transatlantic community.The publication of this new webpage is one of the outcomes of the comprehensive review of the NATO PA’s contribution to the Women, Peace and Security agenda, which the Assembly’s Bureau commissioned in 2015.

The Assembly will review progress at its upcoming Annual Session in Turkey next month.