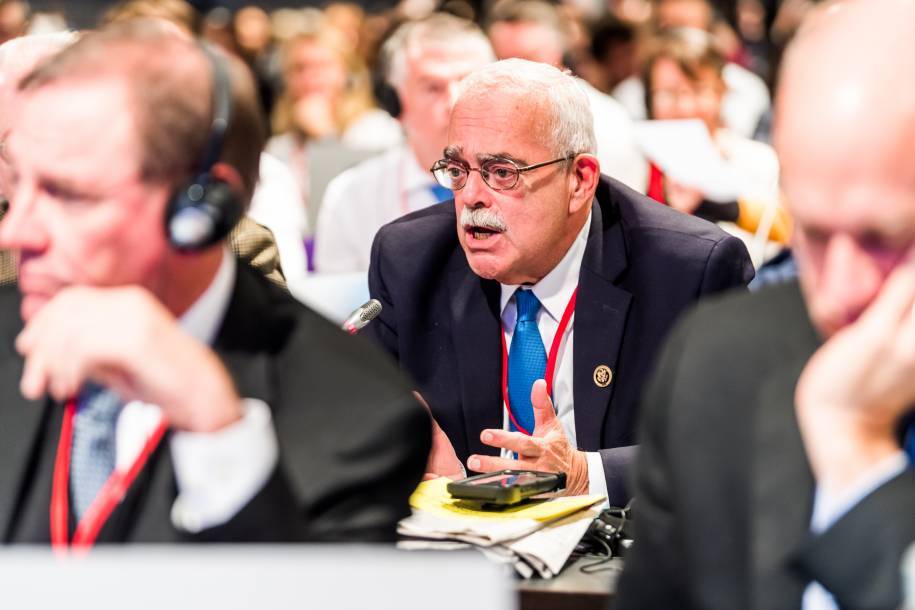 NATO PA President Gerald E. Connolly (United States) issued the following statement following reports of a Russian military build-up in and around Ukraine over the past few days:

“Russia’s military build-up on Ukraine’s borders and in occupied Crimea is reckless and irresponsible. We stand firmly with Ukraine in support of its independence, territorial integrity and democracy.

This rapid military build-up, which Russia itself has admitted to, is the latest manifestation of the Kremlin’s increasingly hostile international behaviour, which is also displayed in the increase in ceasefire violations by Russian proxies in the Donbas, the intensification of Russian military aircraft activity near NATO airspace and increased military presence in the Arctic.

NATO Allies must continue to strengthen our defence and deterrence capacity and to raise the cost for Russian brinkmanship and human rights violations. We must also be crystal clear: we will never recognize the illegal occupation and annexation of Crimea and will continue to denounce Russia’s aggression in the Donbas.

The NATO Parliamentary Assembly stands firmly with Ukraine and the Ukrainian people. We will continue to use all the means at our disposal, including through the Ukraine-NATO Interparliamentary Council as well as our new informal support group on Crimea, to support the Ukrainian parliament in its efforts to consolidate Ukraine’s democracy, pursue Euro-Atlantic integration, and regain full sovereignty over Ukraine’s entire territory.”