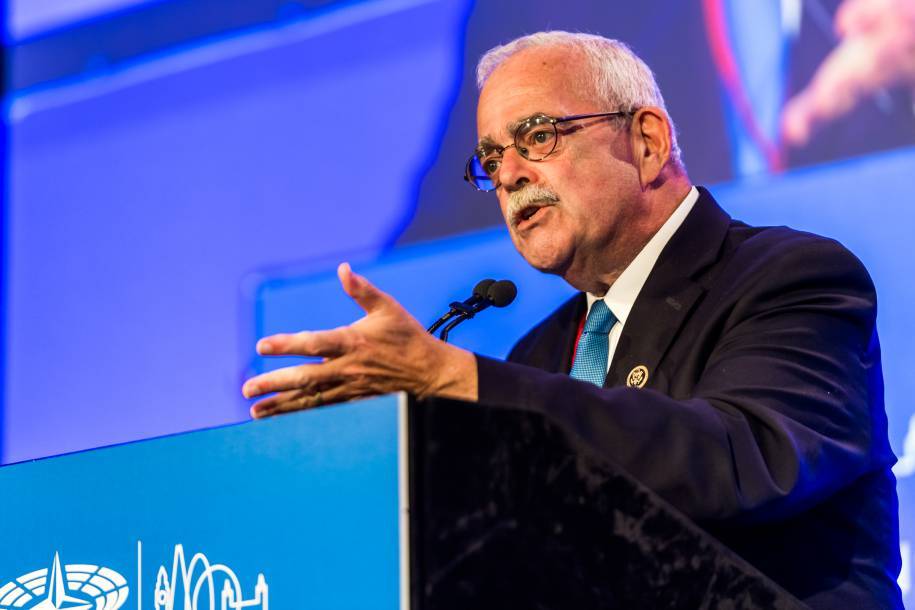 "Yesterday’s completion of the extension of the New START Treaty between the United States and Russia is a positive step forward for international peace and security and must be the first step to rebuild the international arms control regime.

Maintaining verifiable limits on US and Russian intercontinental-range nuclear weapons is essential to strategic stability. The security of the Alliance, its partners and, indeed, the world is enhanced by New START. Unconstrained nuclear competition is in the interest of no one.

New START is a key pillar of the arms control architecture enhancing stability in an increasingly complex international security environment. The agreement to keep the treaty in place for an additional five years will create the space needed for constructive dialogue about the ways, means, and ends to enhance strategic stability more broadly.

Despite this positive step, Russia remains the biggest immediate challenge to the Alliance. Its aggressive foreign policy seeks to undermine Allied interests, consensus, and objectives. As long as this remains the case, the Alliance, first and foremost, must continue to maintain a strong and credible deterrence posture.

The NATO Parliamentary Assembly has long been a strong supporter of arms control frameworks that improve international security. Any new arms control efforts, however, must not only reflect changing geopolitical realities and emerging technological trends. They must also be agreed upon by parties verifiably willing to follow through on their commitments – both in the spirit and letter of any agreement.

The extension of New START must be the first step in reviving diplomatic efforts on arms control. China must be convinced to join new arms control agreements addressing the country’s modern and growing nuclear arsenal. Iran must come back into compliance with the Joint Comprehensive Plan of Action (JCPOA), after which I fully support a return to the JCPOA by the United States. Moreover, North Korea’s nuclear arsenal poses a serious security threat to NATO and its partners.

On all of these issues, NATO members should work hand-in-hand in the spirit of a revived transatlantic Alliance. The Assembly will continue to demonstrate leadership on arms control, without naïveté and as part of a dual-track approach combining deterrence and dialogue. We hope this is the beginning of a robust and enforceable arms control regime."