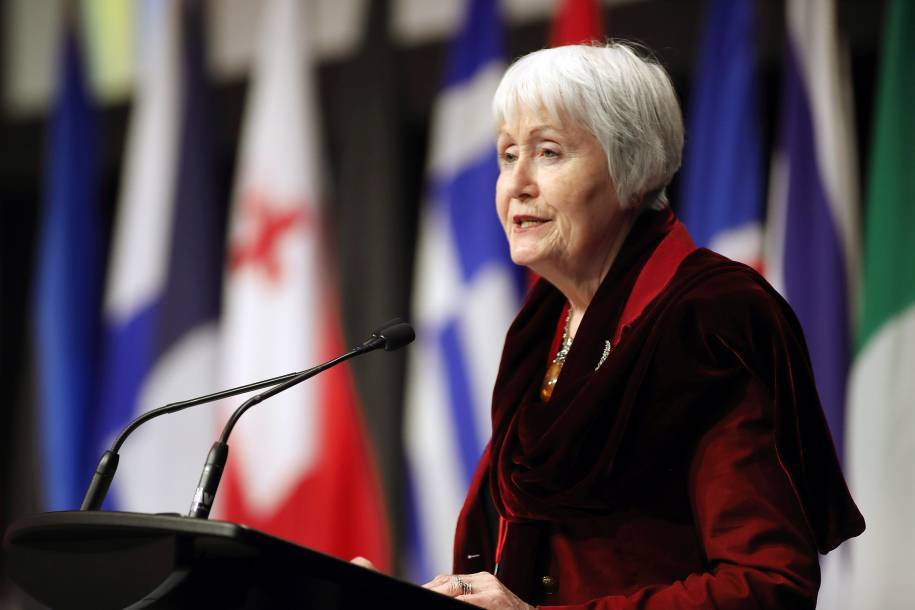 Brussels, 7 January 2019 - Madeleine Moon pays her first visit to the NATO PA secretariat in her capacity as President today to brief the staff on the priorities of her presidency: supporting NATO’s 360 degree response to today’s complex challenges; helping to explain NATO’s ongoing relevance and importance to the Alliance’s publics; highlighting the essential contribution of women to security and defence; and fully leveraging talent and expertise within the Assembly’s membership.

On the second day of her visit to Brussels, she will participate in the meeting of the Ukraine-NATO Interparliamentary Council (UNIC), the NATO PA’s dedicated forum for relations with the Verkhovna Rada of Ukraine. As Russia persists in its refusal to free the three Ukrainian ships it seized in the Kerch Straits and Ukraine prepares for presidential elections scheduled on 31 March, 28 members of parliament from 12 member countries of NATO and from Ukraine will gather at NATO Headquarters to review political and security developments in Ukraine and the key elements of the partnership between NATO and Ukraine. They will meet with Deputy Secretary General Rose Gottemoeller, Assistant Secretary General for Public Diplomacy Tacan Ildem, Assistant Secretary General for Emerging Security Challenges Antonio Missiroli, and a range of permanent representatives to NATO and other high-level NATO officials.

The Joint Monitoring Group with Ukraine was created in 1998 with the aim of demonstrating parliamentary interest and involvement in cooperation between NATO and Ukraine. It adopted its current name - the Ukraine-NATO Interparliamentary Council - in 2003. It brings together high-ranking parliamentarians from Ukraine with an equivalent number of their counterparts from NATO member countries. The Council normally meets twice a year: in Brussels and in Ukraine. Over the years, it has become an active political forum where members of parliament from NATO and Ukraine can discuss any and all issues of common concern and interest.