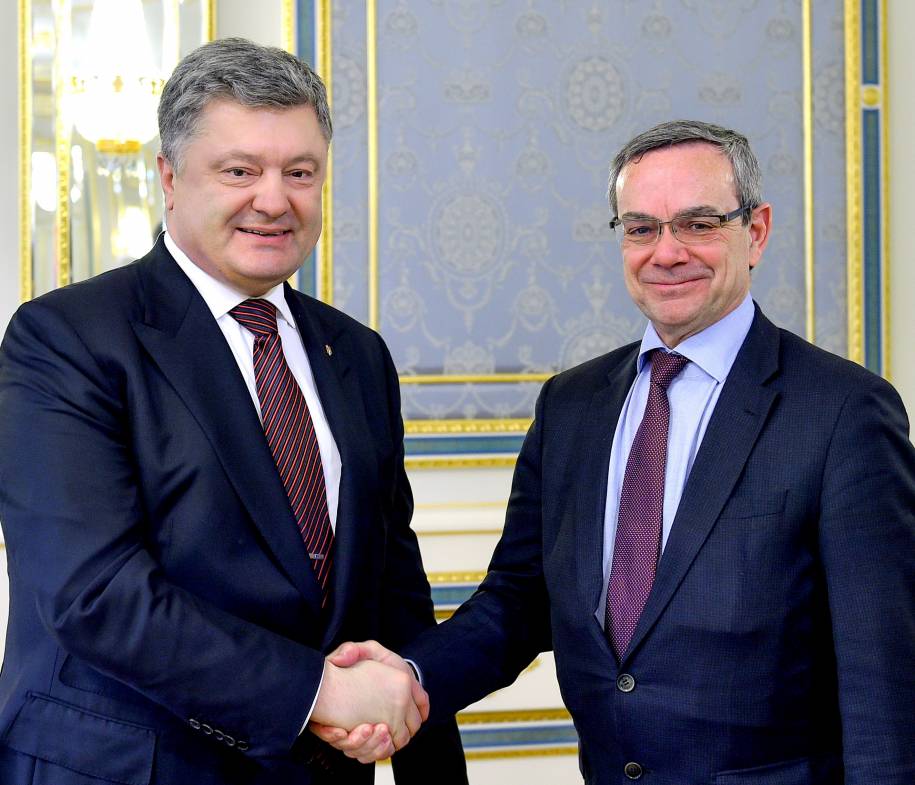 Kyiv/Brussels, 7 April 2017 – President of the NATO Parliamentary Assembly Paolo Alli (Italy) concluded a high-level visit to Ukraine this Thursday in which he emphasized Allied parliamentarians’ resolute support for Ukraine’s sovereignty and territorial integrity, and continued readiness to assist Ukraine with its comprehensive reform effort.

“Supporting Ukraine is defending Europe as well”, Alli stated in his meetings with Ukrainian President Petro Poroshenko, Parliament Speaker, Andriy Parubiy, and other leading Ukrainian officials. “Russia’s illegal occupation of Crimea and ongoing aggression in Donbas are blatant violations of international law which concern us all and are unacceptable.”

In talks with Secretary of the National Defence and Security Council of Ukraine, Oleksandr Turchynov, Alli expressed his deep concern at the persistent violations of the ceasefire in Eastern Ukraine, the use of heavy weapons and ongoing obstacles to the work of the OSCE monitors.

Russia’s actions in Ukraine are part of a global strategy, which extends to Georgia, Moldova, Syria, the Mediterranean and beyond, and includes the use of propaganda, disinformation and other methods to try to influence public opinion in NATO countries  Alli noted.

Both President Poroshenko and Deputy Prime Minister for European and Euro-Atlantic Integration, Ivanna Klympush-Tsintsadze, assured Alli of their determination to keep up the pace of the wide-ranging political, economic and security reforms which Ukraine has engaged since 2014. “With these reforms, Ukraine shows that it shares our values of democracy, freedom and the rule of law”, Alli stated, adding “European and Euro-Atlantic integration is the main road for Ukraine”. Alli reaffirmed the NATO PA’s commitment to assist the Parliament of Ukraine, and complement, at the parliamentary level, NATO’s own support to Ukraine’s reform process. Alli’s visit coincided with a meeting of the Ukraine-NATO Interparliamentary Council (UNIC), the NATO PA’s dedicated forum for cooperation with the Parliament of Ukraine and a parliamentary counterpart to the NATO-Ukraine Commission.