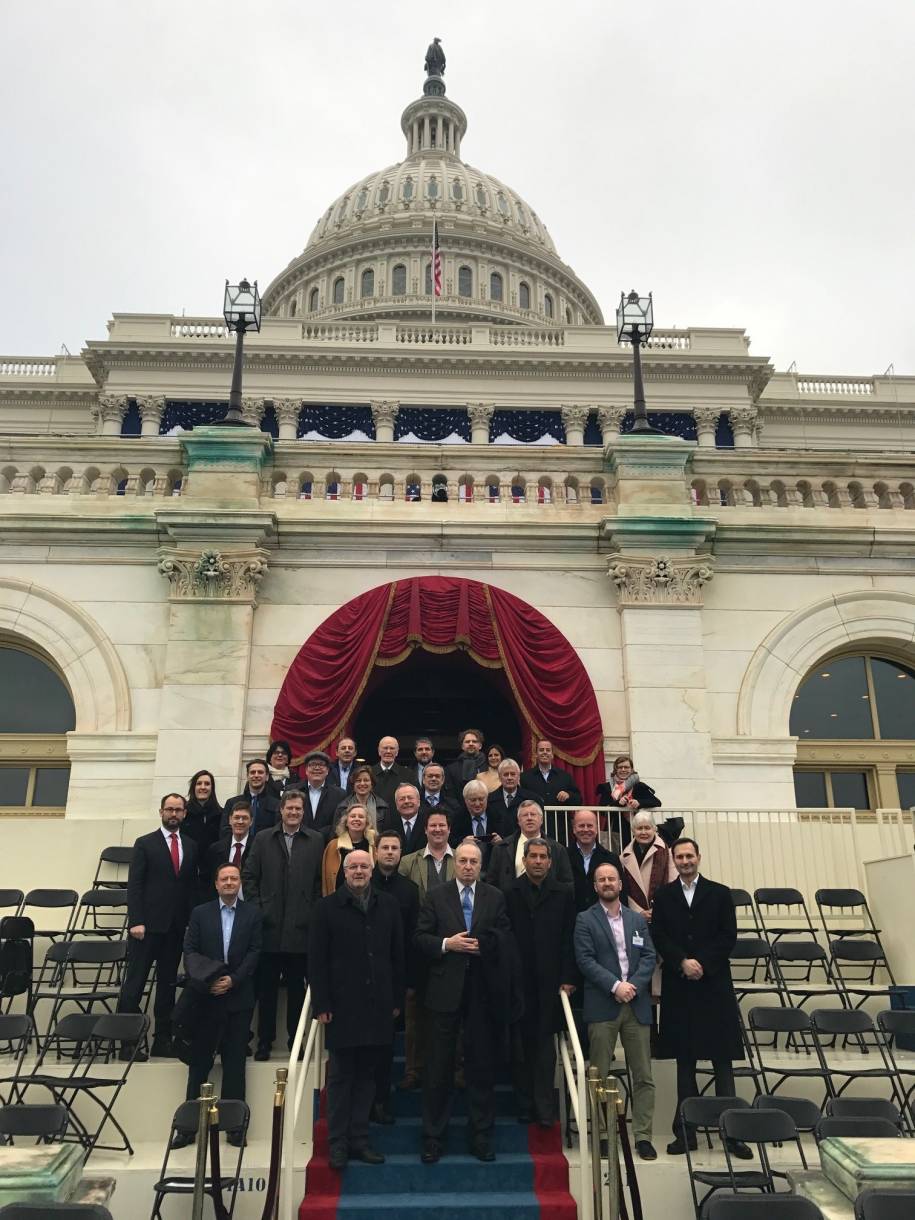 Brussels, 27 January 2017 – The Defence and Security Committee (DSC) at the NATO Parliamentary Assembly kicked off its working year with a visit to Washington, D.C. from 20-23 January. This year the annual transatlantic parliamentary visit was scheduled around the inauguration of President Donald J. Trump. The group’s visit provided a timely opportunity for European and Canadian lawmakers to seek their US counterparts’ views about the new administration’s priorities for transatlantic defence.

MessagesPresident Trump’s messages on NATO have ranged from recognizing the importance of the longstanding alliance to questioning the organization’s relative lack of focus on counterterrorism and its internal challenges with burdensharing. High ranking Trump Administration officials, however, have sounded consistent support for the alliance.

Raymond Knops (Netherlands), Chairman of the DSC, addressed questions about the Alliance as it stands today during a working breakfast with US members of Congress: “There is nothing wrong with questioning the role the Alliance plays in international security environment at any given time,” he said. “We have learned time and again, however, that NATO evolves as well to meet the challenges it faces. It is our role as lawmakers to be the guardians of our nation’s contributions to the Alliance. None of us wants to see our nation’s blood and treasure wasted needlessly on tasks and missions not in our national interests.” The large group of transatlantic lawmakers received Knops’ remarks well.

Chairman Knops also voiced strong support for the Alliance, noting the unique understanding members of the Defence Commitee develop over the course of their work with the NATO PA. “Throughout the year, no matter where we were, what we saw, or what we heard, we all were able to get a tangible understanding of the value of the NATO alliance and its indispensable efforts – the work our nations do together as 28-strong is vital to our common defence and security,” he said.

Throughout the year, the NATO PA Defence Committee commits to focused study of key Alliance security issues. In 2017, the Defence Committee will report on NATO’s ballistic missile defence programme, NATO-EU defence cooperation, the role of the space domain in Allied security, and on the progress of NATO’s Resolute Support Mission in Afghanistan - all of which will be supported by a range of parliamentary missions for the lawmakers to see firsthand the complex security challenges facing the Alliance.

The Defence and Security Committee’s delegation in Washington over inaugural weekend consisted of 28 parliamentarians, representing 18 NATO nations. In addition to attending the US Presidential Inauguration ceremonies, the delegation also visited the U.S. Naval Academy in Annapolis, engaged in a war game simulation with RAND Corporation experts, and visited the United States Institute of Peace.