NATO parliamentarians conclude 2018 with update on US priorities, state of transatlantic relations 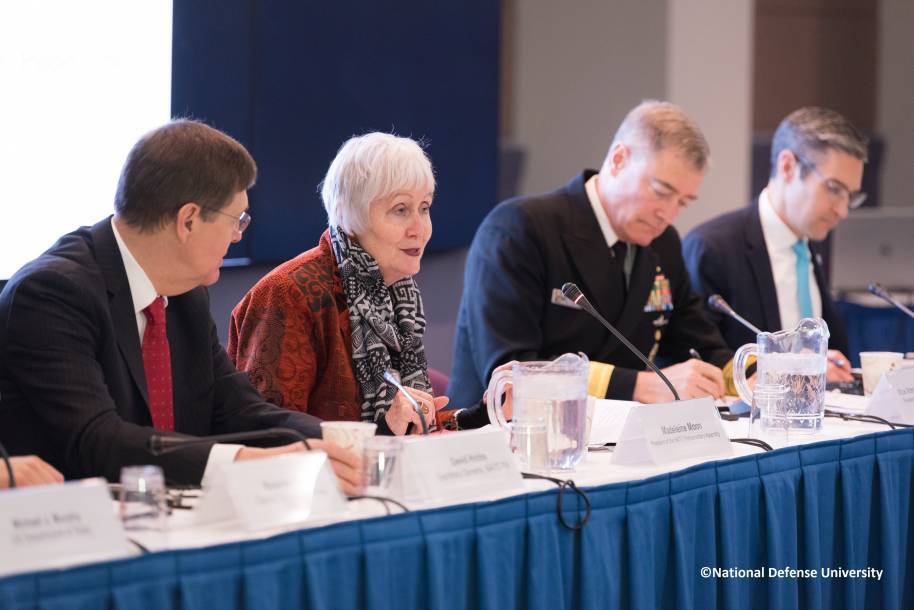 Washington/Brussels, 18 December 2018 - Members of the NATO Parliamentary Assembly gathered in Washington, DC, on 10-12 December, for their last meeting in 2018, to take stock of the state of transatlantic relations and to discuss Washington’s key foreign policy and defence priorities with senior US officials, members of Congress and  policy experts.

The year 2018 has seen Europe and North America reaffirm their commitment to NATO at the Summit of Allied leaders held in Brussels in July. The Brussels Summit charted the way forward for NATO’s ongoing adaptation in the face of the multifaceted challenges posed by Russia’s global assertiveness, the evolving terrorist threat, ongoing instability across the broader Middle East and Afghanistan, the proliferation of weapons of mass destruction and advanced missile technologies, as well as the emergence of increasingly dangerous cyber threats. It also confirmed the 29 Allied governments’ commitment to move towards a fairer sharing of the burden for their common security through the Defence Investment Pledge – a commitment to increase defence spending, bolster investment in new capabilities, and raise contributions to NATO and other operations.  At the same time, however, Europe and North America have also had to manage differences over trade, climate and Iran, while – despite considerable improvement – burden sharing remains a work in progress.

The NATO PA’s meeting offered a unique opportunity for Allied parliamentarians to review these and other challenges to the transatlantic relationship. Over the three days, some 70 legislators from 21 NATO countries and from Finland gathered at the National Defense University (NDU) for the 18th edition of the Parliamentary Transatlantic Forum. The topics included: Russia, China, Afghanistan, Iran and the broader Middle East, terrorism, cyberdefence, and trade. The Forum is a joint initiative by the NATO PA, NDU and the Atlantic Council, and is arguably the largest annual gathering of European and Canadian parliamentarians in the United States.

Members held a minute of silence at the beginning of their meeting on 12 December for the victims of the terrorist attack perpetrated at the Strasbourg Christmas market the previous evening.