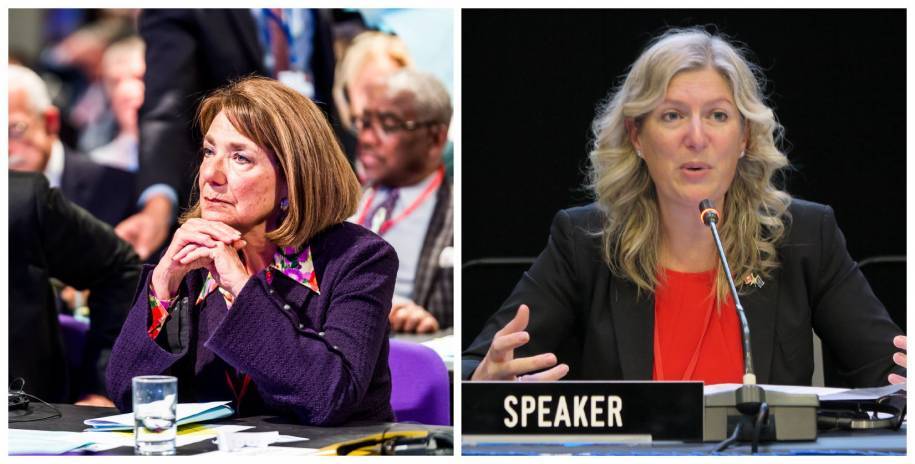 NATO’s technological edge in the military realm is rapidly eroding, Leona Alleslev (Canada), Special Rapporteur of the NATO Parliamentary Assembly’s Science and Technology Committee, warned during an online meeting on 17 September, which brought together 38 parliamentarians from NATO nations and partners.

NATO’s adversaries are increasingly agile and use inexpensive technology to an incredibly disruptive effect.

Presenting her draft report on Defence Innovation, the Special Rapporteur noted that Allies’ shrinking technological leadership in military technology is partly due to decreased funding for military technology innovation in the past. At the same time near-peer competitors are catching up, and the widespread availability of commercial technology provides non-state actors with meaningful military capabilities, Ms Alleslev explained.

The adaptation of commercial technology in the defence sector has become increasingly important. Government programmes are no longer the primary drivers for technological progress. That role is now filled by the private sector, she explained.

NATO nations are still second to none in many research and technology areas. Therefore, they find themselves not so much in a technology race but in a technology adoption race. To bridge the gap between science and applications and to speed up the technology adaptation process, Ms Alleslev said that Allies need to develop more strategic planning in their Science and Technology (S&T) approach that fosters an agile, innovative, and risk-tolerant mindset. She specifically highlighted the need to explore financial tools for ‘seed money’ in support of technology demonstrations and rapid studies. Allied nations also need to increase their support for NATO’s S&T network which, among others, promotes coherence, collaboration, economy of scale, and efficiency of national efforts. Allies should also improve coordination of technology export controls, screening of investments, intellectual property theft, and restrictions against collaboration with military-linked or otherwise problematic institutions in China and Russia, the Canadian parliamentarian added. Finally, Allies need to improve cooperation and coordination on policy responses to the challenges and opportunities that emerging technologies present.

Ms Alleslev concluded by emphasising that, although Allies have made some progress towards improving defence innovation, further progress is necessary to regain the technological edge and prevent losing focus and resources.

The Committee also discussed the draft report Hypersonic Weapons - A Technological Challenge for Allied Nations and NATO? Susan Davis (United States), General Rapporteur of the Committee, highlighted that a new class of weapons systems that can travel more than five times the speed of sound poses a new challenge to NATO. The combination of speed and manoeuvrability of hypersonic missiles enable them to bypass existing missile defences and greatly reduce the warning time for any targeted actor due to their unpredictable flight paths.

Russia and China have made great strides in their hypersonic weapons programmes. Russia claims that it has started deployment of their Avangard system, and it is highly likely that operational hypersonic weapons will be deployed in mid-to-late 2020, according to Ms Davis. An additional concern is the spread of knowledge about this technology among other nations like Iran or North Korea.

“NATO Allies and NATO as an organisation can ill afford to ignore the progress that Russia, China, and other nations are making in the development of hypersonic weapons”, Congresswoman Davis noted. Allies therefore need to continue, and, if necessary, expand their own efforts in this area. Close cooperation among Allies’ national research programmes should be encouraged and promoted, focusing, for example, on the exchange of intelligence, research, and design. NATO’s Science and Technology Organisation (STO) can help advance research on hypersonic technology, among others on propulsion systems, materials, command and control, and guidance systems, the Congresswoman suggested.

Moreover, NATO as an organisation needs to evaluate and discuss the implications of hypersonic weapons for strategic stability, deterrence, capability adoption, interoperability, and arms control. Ms Davis concluded by stressing that NATO should also address the issue of proliferation, for example, by looking to strengthen the Missile Technology Control Regime.