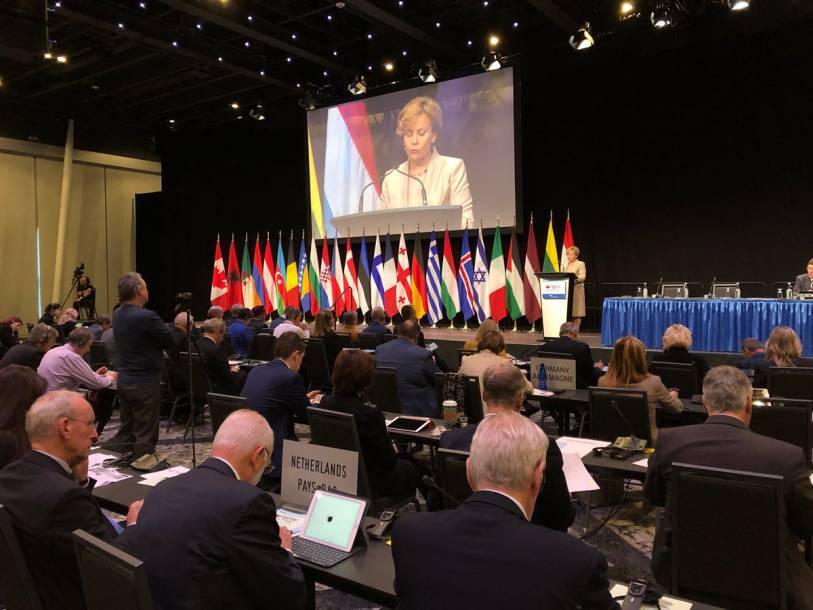 Halifax, Canada, 19 November 2018 – Members of parliament from across the NATO Alliance sent out a powerful message of trans-Atlantic unity and strength in the face of multiple security challenges Monday, adopting a series of resolutions to counter threats from Russia and elsewhere.

“We face an unprecedented set of challenges which concern us all,” said Rasa Jukneviciene, outgoing President of the NATO Parliamentary Assembly. “We cannot afford gaps or weak links in our defence.”

The meeting focused on the bonds of Alliance unity and passed a raft of policy recommendations for NATO governments, notably to bolster deterrence and tighten defences against hybrid threats and Russian meddling in elections.

“NATO brings us together for a common purpose”, said Canadian Minister of National Defence Harjit Singh Sajjan. “NATO is needed more now than perhaps ever before. Whether responding to Russia’s aggressive behaviour in Eastern Europe or the growing instability in places around the world, we face ever-more complex evolving threats.”

“You play a central role in holding governments to account, holding their feet to the fire when it comes to the money they spend,” she told the Assembly. “Your support for NATO within your parliaments, within budget discussions and with your publics will make all the difference.”

The Assembly elected British Member of Parliament Madeleine Moon as its new President. “We have achieved much together, but is only through cooperating with each other, working together and meeting our commitments to this alliance that we can retain our ability to maintain the defence and security we all need,” Moon told the session.

Find the resolutions adopted by the Plenary Assembly in Halifax here.