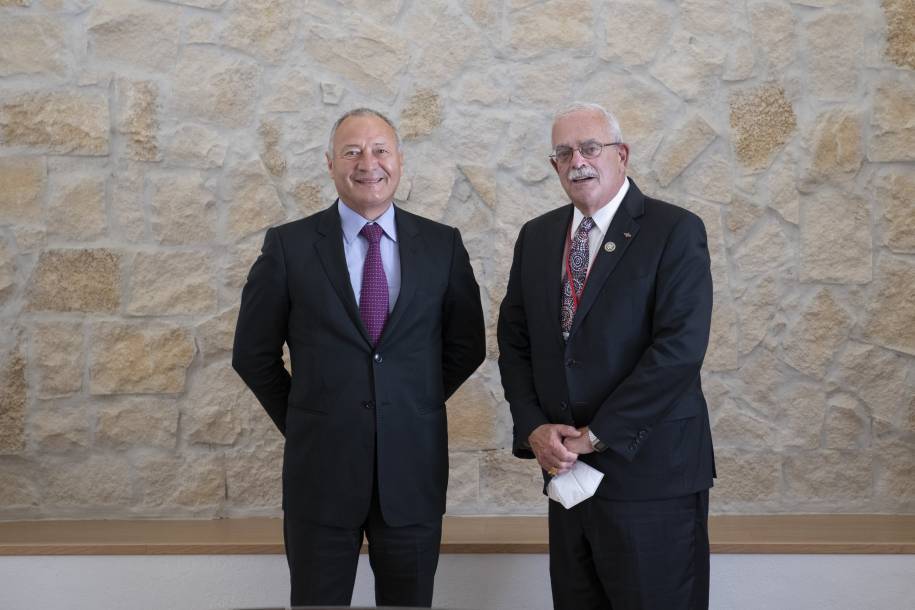 “The old Strategic Concept still refers to Russia as a partner, which it most certainly is not, and doesn’t even mention China,” Connolly told a news conference ahead of the opening of the Assembly’s 67th Annual Session in Lisbon.

“Clearly a revised Strategic Concept has to take cognizance of revised reality, things like cyber threats, disinformation campaigns, the undermining of democratic elections,” he said. “Making sure the Strategic Concept addresses that is critically important.”

The four-day session is set to lay the foundation of the NATO Parliamentary Session’s input into the Strategic Concept debate and the NATO 2030 process to futureproof the Alliance.

NATO’s Secretary General Jens Stoltenberg is due to address a plenary meeting Monday to initiate consultations with the Assembly, which represents lawmakers from the 30 Alliance members and partner nations.

Lawmaker Adão Silva, head of the Portuguese delegation to the Assembly, pointed to the significance of issues under debate, which range from the situation in Belarus, to Allied defence budgets and lessons to be learned from the Alliance mission in Afghanistan.

“I want to underline the very high quality of the programme,” Silva said. “There will be discussion of important outstanding issues facing NATO, new issues, issues relating to the pandemic, and security and defense issues.”

“If we’re not equal in our commitments, then we’re just another military alliance,” he cautioned. “Strengthening those commitments through the creation of architecture dedicated to the promotion of democratic institutions and democratic values is something we believe is very important and needs to be a part of NATO’s own reassessment.”

The NATO PA has called upon NATO to anchor and operationalise the commitment to shared democratic values by establishing a Center for Democratic Resilience within NATO.

This week’s gathering is the Assembly first face-to-face session since the beginning of the COVID-19 pandemic. Connolly paid tribute to Portugal’s successful campaign against the virus, which has given it the world’s highest vaccination rate with almost 85 percent fully jabbed. “Portugal is a good model for all of us back in the United States,” President Connolly said.

The man who spearheaded that vaccination campaign, Vice Admiral Henrique Gouveia e Melo, is set to address the Assembly during Committee deliberations.

Mr Silva further announced that Speaker of the US House of Representatives Nancy Pelosi will be attending the session on Monday and would receive the first NATO PA Women, Peace and Security award.

“We are very honoured that this great woman will receive the award in our country, during this session,” Silva said.