NATO told to speed up info campaign in response to Russia, Daesh moves 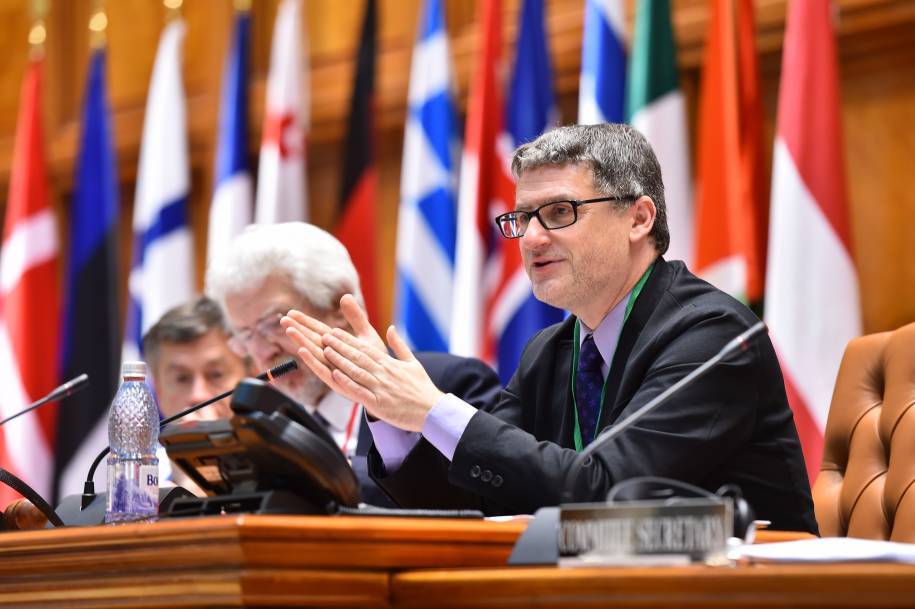 Bucharest, 7 October 2017 – NATO nations are adapting too slowly to the information revolution and must take a more coordinated and resolute stand against propaganda and the misuse of news online as Russia and terror groups like Daesh take advantage, parliamentarians warned Saturday.
During the NATO Parliamentary Assembly’s Annual Session in Bucharest, lawmakers from NATO nations called on allies to work closely with the European Union to combat outside influence via social media, following concerns of interference in elections in the United States, France and Montenegro.
“It is unacceptable for a foreign power or agents of a foreign power to meddle in or seek to influence the domestic political affairs of another sovereign nation. NATO-EU cooperation is particularly important in this area,” Lithuanian lawmaker Rasa Jukneviciene told members of the NATO PA Political Committee.
“I am afraid that we only have seen the beginning and that attempts to undermine our societies with fake news disseminated by Russia – as well as other actors – will continue,” she said.
With almost three billion active social media users today, the internet and smart phones have become a tool for fomenting revolutions in Ukraine or the Arab world, and have played roles in the failed coup in Turkey and independence moves in Catalonia last weekend.
“Social media is penetrating the defense and security domain in a number of ways,” Canadian lawmaker Jane Cordy told colleagues in the Committee on the Civil Dimension of Security. Daesh, she said, is using such tools to spread ideology, recruit members, raise funds, send orders and publicize its brutality.
“Our Alliance has the difficult task to protect both our democracies from subversive forces and to maintain an open internet,” she said.
Cordy’s report on the Weaponisation of Information underlines the importance of working with online giants like Facebook, Twitter, Youtube and others to ensure that fake news and nefarious content is quickly removed from their platforms.
“It is time now for Facebook and Twitter to stop hiding behind the cloak of: ‘We’re just tech providers, we’re not publishing anything’,” said British parliamentarian Mary Helen Creagh. “It’s clear that they are increasingly getting their money and income streams as media companies. They need to be regulated as media companies.”
Mark Galeotti, senior researcher at the Centre for European Security, Institute of International Relations in Prague tried to calm fears about Russia’s information dominance. He said Russia is seeking to divide allies by exploiting their differences and to distract them by seeming to create crisis after crisis so we fail to address more serious challenges.
“In part, the Russians are very happy that we are talking so much about information warfare,” he said. “It makes them seem that much more powerful.”
He urged allies to see Russia’s information warfare as part of a wider political campaign, rather than a single weapon in itself.