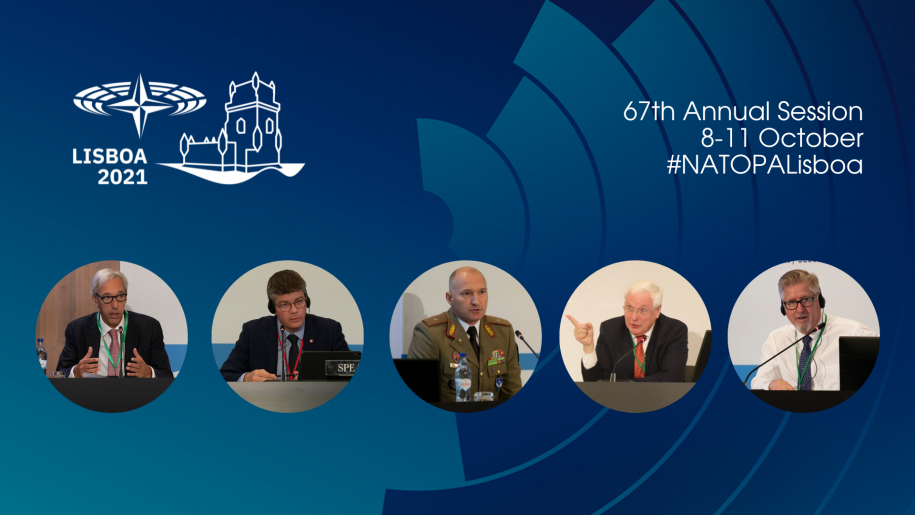 LISBON - NATO must conduct an unflinching assessment of its security efforts in Afghanistan over the last two decades and enshrine the lessons learned from the swift collapse of the Afghan government and armed forces in its Strategic Concept, parliamentarians said Sunday.

In a draft resolution debated at the NATO Parliamentary Assembly’s Annual Session in Portugal, the legislators underlined their determination to ensure that Afghanistan never again becomes a haven for global terrorism and highlighted the Alliance’s contribution to political and economic development.

The draft, to be voted on during Monday’s Plenary Session in Lisbon, expresses concern about arbitrary detentions and violence committed by the Taliban, who swept to power in August in a few weeks, and the likelihood of a humanitarian crisis or even civil war that might destabilise the country and region significantly.

Drawn up by French parliamentarian Cédric Perrin for preliminary discussion in the NATO PA’s Defence and Security Committee, the text welcomes Allies’ commitment to learn the lessons from their engagement in Afghanistan, and the Assembly’s determination to play an active role in this assessment.

It urges NATO “to conduct a thorough, clear-eyed, and comprehensive assessment” for inclusion in the revamped Strategic Concept leaders are set to adopt in Madrid next summer, notably on “political consultation, threat assessment, in-operation decision making and adaptation processes, intelligence, counterterrorism, partner training and capacity-building, anti-corruption, and counter-narcotics.”

Portuguese Defence Minister Joao Gomes Cravinho said the experience in Afghanistan must have “a powerful bearing on what we want from our Alliance in the next decade,” and that regional cooperation is key.

“Ultimately the creation of a sustainable and peaceful state has to be local-led,” he said. “We can and should continue to engage with credible local and regional partners in helping to address conflicts that are relevant for the defence of our interests and values.”

The legislators also underscored that the NATO PA is an ideal forum for open discussion on the engagement in Afghanistan, where lawmakers can debate difficult questions, agree on necessary lessons, and maintain cohesiveness while the Alliance takes its next steps.

Reflecting concerns the Taliban are cracking down on hard-won freedoms, the draft exhorts Allies to press any Afghan government “to respect its international obligations, using all diplomatic, political, and economic tools available.”

NATO experts are already preparing initial findings for Allies to examine in coming weeks. It is expected that these findings will feed into the Strategic Concept, John Manza, Assistant Secretary General for Operations at NATO, who is leading the process, told the Defence and Security Committee.

He said one lesson is to find ways to speed the movement of field reports from NATO generals to civilian representatives. The reports are often “pretty hard hitting with good recommendations” but they are routinely “delayed and watered down” before they reach the North Atlantic Council, Manza said.

He also said that despite the challenges of the evacuation from Kabul, Allies want to continue with crisis operations. “They do not want to see a change in our strategy when it comes to crisis response,” Manza said. “They realize that this didn’t go as expected but it doesn’t mean that we’re out of that business.”

The Commander of NATO’s Joint Analysis and Lessons Learned Centre (JALLC), Brigadier General Bogdan Cernat, said that three reports on lessons from Afghanistan are being drawn up, one from the military perspective requested by Secretary General Jens Stoltenberg, one on the Resolute Support Mission to train and advise the Afghan security forces, and a third on the impact of anti-corruption measures.

Jamie Shea, Professor of Strategy and Security at University of Exeter, told the NATO PA Political Committee that he expects Allies to continue training local forces in the Mideast and elsewhere, despite the frailties exposed in Afghanistan.

“NATO is going to be a trainer. If they do it, we don’t have to,” Shea said. He added that Allies understand that it’s not the training idea itself that failed, “it’s just that we didn’t get it right in Afghanistan.”