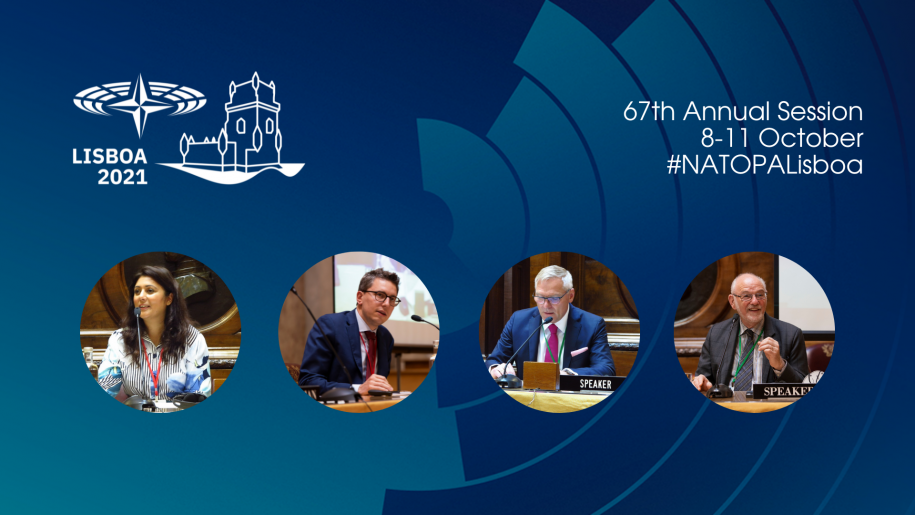 LISBON - NATO nations were urged Sunday to do more to draw China into arms control talks and pressure Russia to comply with its obligations while maintaining a credible Allied nuclear deterrent capable of adapting to the rapid development of new technologies.

Legislators, military officers, and experts also debated the threat posed by biological weapons, developments in the Iran nuclear talks, and new challenges posed by Artificial Intelligence, and in space, in the NATO Parliamentary Assembly’s Science and Technology Committee.

In a draft resolution, set to be adopted in Monday’s Plenary Session, the parliamentarians urge Allies to better use NATO as a platform for debate and consultation on arms control, to ramp up spending on research and development, and encourage public debate on the benefits of non-proliferation.

“We should be especially concerned by the behaviour of Russia and China, both of whom are aggressively developing new military technologies behind a veil of secrecy,” said U.K. parliamentarian Nusrat Ghani, who drew up the resolution.

In a separate draft report on science and technology cooperation with Asian partners, Ghani also underlined the important role of Japan and the Republic of Korea, noting that they are “critical players on the regional security frontlines when it comes to China’s increasingly aggressive foreign policy.”

The draft resolution also urges Allies to find ways to better detect and prevent the spread of biological weapons and track down dual-use materials that could make them. A separate report that was up for debate also looked at risk that such weapons might be used by terrorist groups.

The COVID-19 pandemic has exposed vulnerabilities and poor preparedness. It has claimed more than 4.6 million lives, ravaged economies, and undermined security, noted another draft report, on the spectre of bioterrorism.

“There has been rapid progress in the development of biotechnology and other emerging and disruptive technologies” to tackle the pandemic, said Luxembourg lawmaker Sven Clement. But the danger, he warned, is “that these technologies can also be used for malicious purposes and dangerous pathogens could fall in the wrong hands.”

One major non-proliferation challenge is the Iran nuclear agreement, and Allies are wary that Iran will take a more conservative stand on foreign and domestic policy under its new government. Tehran’s new nuclear negotiator also seems close to the ultra-conservatives in power.

“NATO is committed to ensuring that Iran will never develop a nuclear weapon, which is why substantive discussions between JCPOA participations, and separate with the US, are essential for accomplishing a mutual return to compliance,” NATO Deputy Assistant Secretary General for Intelligence, Major General Jürgen Brötz, told the STC.

The lawmakers also held an in-depth debate on the ethical and scientific challenges posed by Artificial Intelligence and autonomous systems that learn fast and can be difficult to interact with, understand and control should they go wrong.

“We cannot always predict how they will act under new circumstances,” said Wendell Wallach, co-Director of the AI and Equality Initiative at the Carnegie Council for Ethics in International Affairs. At the same time, he played down concerns about the short-term ability of machines to learn commonsense, planning, high-level reasoning, or moral intelligence.

NATO Assistant Secretary General for Emerging Security Challenges David van Weel said a challenge for the Allies is the speed of adopting new technologies, as most are no-longer government produced but instead developed by the private sector and academia, often for commercial purposes.

“We’ve allowed a gap to emerge between the Government and these actors, and this has strategic implications, especially for our militaries,” David van Weel told the committee.